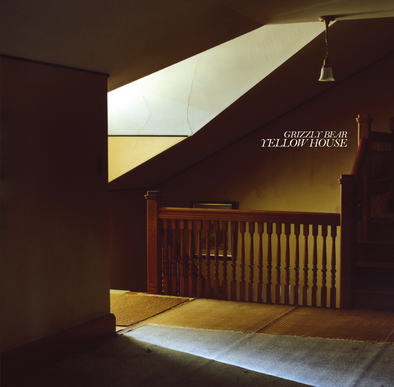 Despite it being the second album released under the Grizzly Bear name, Yellow House was the first album completed by an actual band and not just a solo artist and a handful of contributors. That solo artist, Edward Droste, and one of the contributors, Christopher Bear, solidified a lineup by joining up with Chris Taylor, and then Daniel Rossen, by the time 2005 rolled around.

So while September 2021 is fifteen years since its release, the band actually recorded Yellow House (named after Droste’s mother’s house, where many of the songs first took shape), over a year earlier in mid-2005. Fifteen years, while not a particularly long time in the world of recorded music (it’s been 35 years since Madonna released “Papa Don’t Preach”, and 25 since the first Spice Girls album was released), is enough time for the influence of an album as great as Yellow House to truly become revealed.

Without it, is the world ready to take Fleet Foxes, or Bon Iver, or countless others, as seriously as they were taken? Much of the hard work for the resurgence of indie-folk was already done by Yellow House, meaning that when the great records started to roll in thick and fast (not least the next Grizzly Bear record Veckatimest), there wasn’t a reluctance to take them seriously.

If you’ve yet to hear it, then the simplest way to express the brilliance of Yellow House is to say that it’s almost as good at what is does as Pet Sounds. Like Brian Wilson’s masterpiece, writing on Yellow House is tight and polished, the arrangements are full and thoughtful, and the instrumentation is always elegant. Hell, it even sounds like prime-era Beach Boys at times.

Across its ten song, fifty minute span, the band explore the baroque and orchestral (“Easier”, “Colorado”), the earthy and careworn (“Knife”, “On a Neck, On a Spit”), and ethereal otherworldliness (pretty much everything else, including album highlight “Lullabye”). Throughout the album, which for this reissue is presented in deluxe, heavyweight vinyl format, you might have pick up hints of James Taylor, David Crosby’s projects from The Byrds to CSN/Y, The Velvet Underground, Elliot Smith, Nick Drake and possibly Neutral Milk Hotel – but by the end of it you’re left with a simple, indescribable feeling of catharsis that only albums this unique, this wonderful, provide. Of course Grizzly Bear would go on to refine and experiment with their sound further on each successive release, but they never did get back to the raw elemental power that they displayed on Yellow House.

Whether it’ll be your first time or your hundredth, there’s never been a better time to walk straight through the doors of the Yellow House and see what you might find.