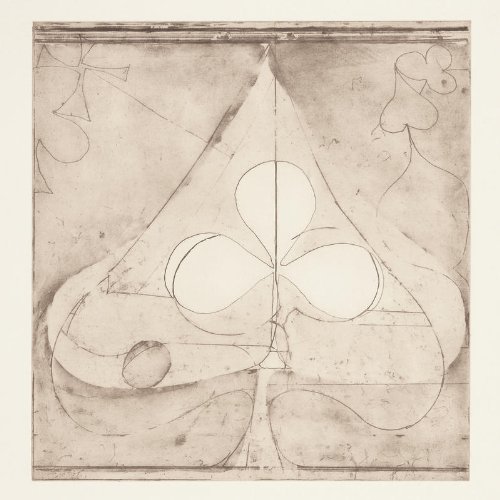 What appeals most about Grizzly Bear is their predilection for sound, for depth and visceral impact. Their music is characterised by unexpected turns, peaks and shifts in pace; the juxtaposition between loud and quiet. Every microscopic detail counts, even the spaces between the notes are important.

That’s why it’s the previously unheard tracks, and not the remixes, that makes this Special Edition of Shields actually special. People can be skeptic around the concept of “expanded” deluxe” or “special” additions, particularly when the album is barely a year old, but Grizzly Bear are an exception to the rule.The “expanded edition” contains the original album along with a second disc containing eight B-sides, remixes and demos, but those already in possession of Shields can just buy Shields B-Sides on 12″ vinyl or download it digitally.

Along with the re-release of last year’s critically lauded album is simply a deeper insight into the record. Think of these tracks as lost songs, despite how easy it is to see why they were forgone on the original. Not because they aren’t good enough, but because they would feel out of place; the tone, the pace, the general feel of these tracks don’t pertain to the same tumultuous aesthetic of Shields, though they remain similarly complex and intricate.

Maybe this is down to the geographical context of the album; before the band reconvened in Cape Cod and New York City for the official album tracking sessions, the three demos featured on this edition were recorded in Marfa, Texas, along with roughly 17 other recordings. After a somewhat discouraging recording session, none of the demos made the final record. Shields: B-Sides takes the best of these Marfa demos, which turn out to be outright, omitted gems rather than unwanted scraps.

The bonus tracks often hark back to an earlier time in Grizzly Bear’s career. Hints of the same experimental sonic palettes of Ed Droste’s home-recorded Horn of Plenty are evinced in the organic, esoteric noises that creep into “Listen and Wait”, while the initially sparse “Smothering Green” feels like a throwback to somewhere between Veckatimest and Yellow House, with Daniel Rossen’s afflicted vocals underpinning sweeping crescendos and emphatic instrumentation. Elsewhere “Will Calls” takes us somewhere new, as it wrestles between soft soporific moments and proliferating urgency.

The trouble with remixes is that they can often sound like redundant fillers. There’s modifying the original effectively and then there’s metamorphosing the songs to a point in which they become unrecognisable. Here, the three remixes are decidedly hit-or-miss. The Lindstrom remix of “Gun-Shy” is a complete mutation of the original, with its fundamental facets obscured by inordinate bleeps and prosaic repetition. There’s hope when Ed Droste’s fragile, sonorous lilt interjects about half way through, but it’s still markedly unfamiliar. This music isn’t meant to be contorted, and that’s perhaps why Nicolas Jaar’s remix of “Sleeping Ute” is so effectual, because it’s barely a ‘remix’ as such. Jaar’s perceptive to the fact that Grizzly Bear are a band who care very much about sound, and nothing here is ever too distorted, just slowed down into one hypnotic, somnolent groove.

The results are something Grizzly Bear are no strangers of: releasing non-albums that are much better and more meticulously arranged than necessary. It works in their favour though, because Shields: B-Sides reinstates their sheer breadth of vision. Though not quite as compositionally adventurous as Shields, these demos and bonus tracks are equally emotionally resonant – it’s an insight into what Shields could have been – and what we might have to look forward to in the future.