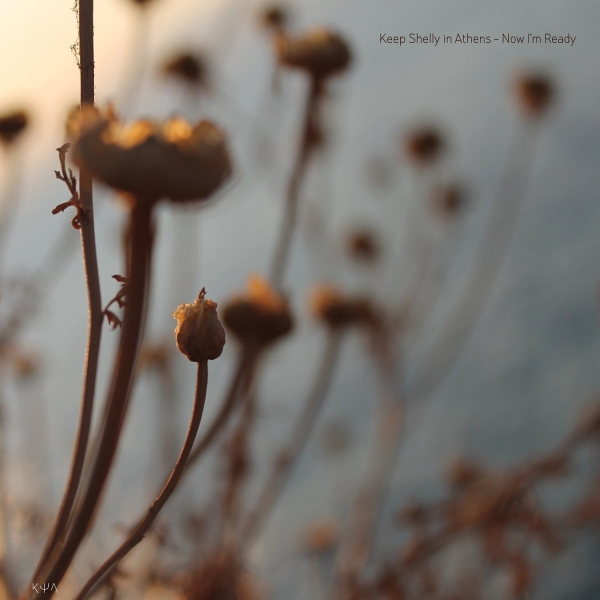 Greek duo Keep Shelly in Athens (named after Kypseli, in Athens) were seemingly over soon after their impressive debut, 2012’s At Home.

Not long after the release, lead singer Sarah P left to pursue a solo career - a move which, a collaboration with Solar Bears aside, has demonstrated she has all the core components for success. And yet, each track screamed out for the kind wide reaching production skills of ex musical partner RPR, who accompanied her ethereal voice so perfectly on said debut.

Now I'm Ready, their second LP, sees producer RPR working with a new ‘Shelly’ in vocalist Myrtha. It’s pretty much business as usual; the differences in the two vocalists are negligible, and musically we’re also at the point where At Home left offl. That said, there’s a very noticeable change in their approach; where their debut had too many songs, many of which were frustratingly short, here we have a concise collection of tracks, the majority of which are longer than five minutes, resulting in Now I'm Ready sounding much more developed and focused, working very much as an album rather than a bunch of ideas.

Opener “Fractals” is a dreamy blend of shoegaze tinged guitars, heartbroken synths played as strings and sunddried early evening beats. All heavily reverbed, encasing a chorus drenched in tears, it’s a masterclass in how to open an album. “Silent Rain” changes the pace into an urgent piece of new wave pop, the kind Patti Smith was making in the 80s, and the title track shows their skills of a long and slow build. The intro, all bass-heavy and sluggish, builds with the aid of cascading riffs before it doubles in speed and ends in a crescendo of guitars, synths and the title repeated over and over before it all crashes in a wave of wanton euphoria.

“Hollow Man” is cleverly placed two thirds in to the album. Everything prior follows the same pace, so when the dark atmospheric throbs and drum 'n bass beats fuse with lounge atmospherics and xylophone solos, it breaks up the album in an effective way making this a track that really stands out. Equally as dazzling closer, “Hunter”; with its synth drenched, smoky jazz intro, it breaks into dramatic “Army of Me” style beats and Middle Eastern mysticism, Myrtha’s vocal styling delivered in a rebitika style, making it clear that we’re listening to a band which although sounds contemporary, isn’t afraid to look into their own musical heritage for influence.

All of this may sound familiar, what with the likes of Still Corners and Chromatics doing a similar kind of mascara stained alt-pop, but with the former currently recording and the latter eight months past the expected release date of Dear Tommy, KSIA have seized the moment and deliver with total conviction. It's an album of disco sadness, dry ice cut by lasers enabling glimpses of people dancing in with tears in their eyes. The reality doesn't actually sound like much fun, but within the context of Now I'm Ready, it manifests itself into arguably the best pop record of 2015.