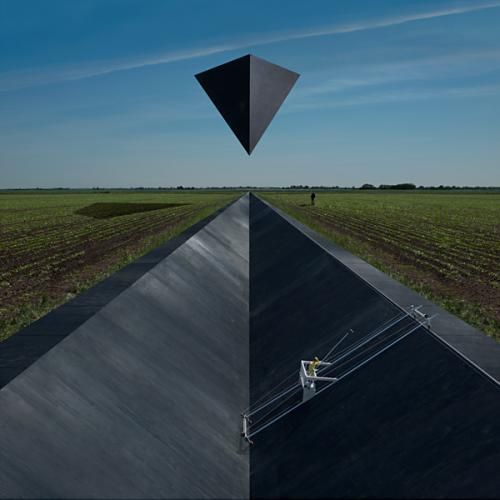 Belgian electro rockers Goose invite the easy comparison between their geographical location and their sound, and it wouldn’t be entirely unfounded if you drew it. It’s always easy to dismiss a band that wear their influences on-sleeve in this way, but rarely is it the right way to listen to a record.

Goose’s second full length Synrise does not, however, do much to distinguish themselves from their more famous Belgian, French and German electro-rockers. That’s mainly because the overall sound of this album will feel very familiar to many. Eponymous intro track features a nice tense build up, all knob-twiddling arpeggiators and wordless, melodic refrains. It segues way into the semi-spoken word and treble-heavy attack/decay synths of ‘Can’t Stop Me Now’. The track doesn’t exactly scream progressive or exude variety but at least it knows when to drop the beat and it’s pacey enough to make you want to pick up your feet.

The unusual harmony and glitchy bass of ‘Like You’ steps things up a bit, but by the following ‘As Good As It Gets’ the impression that the whole album is going to prove a long, steady build up without an ecstatic payoff starts to dawn. When Goose slow things down mid-way with ‘Hunt’, it drags, the track not offering enough musical ideas to keep it buoyant. Then it all goes wrong with ‘Words’. Camp, cheesy and wrong. Or possibly, it’s more of a jubilantly 80s kraut-rock throw-back homage, but still.

Unfortunately, the album pretty much fades out ineffectually from there. It’s a shame that for their second album they’ve played it so safe. Frustrating that the promising albeit very familiar sounds of the first half of the album don’t mature and that there isn’t even really one absolutely killer track to build up. Like the way they’ve replaced a single letter in their album title to make something glorious and organic sound mechanical and synthetic, so too is their follow-up missing that one key ingredient to transform their 45 minute offering from the latter to the former.