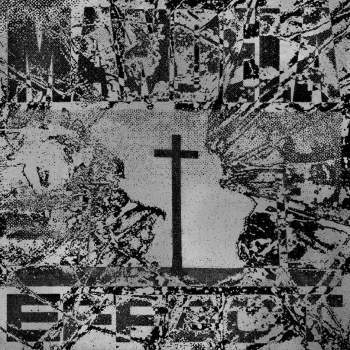 Straightforward is not a word often used when talking about the work of artist and producer Gonjasufi. Keeping with this tradition, his new album Mandela Effect sees him nestle a selection of remixes and covers around new original music.

His take on the Beth Gibbons and Rustin Man song "Show" sees him give this song an eerily downbeat makeover that sees reverb-heavy beats line up against haunting vocals and minimal, stripped back, synthetic melodies, while Daddy G's reworking of "Your Maker" is underpinned by a rich, heavily textured rhythm that sees climbing melodies weave themselves tightly around swift sonic pauses.

At its heart, Mandela Effect is an exploration of texture, something mdae most evident on the abstract hip hop which lays at the burning central core of Shabazz Palaces' reworked version of "Afrikan Spaceship" - a track centred around an intermittent bass-driven rhythm and motorcycle samples. King Britt's take on the same song however sees it arrive in a dub-touched trenchcoat.

In all, it's pretty confusing. But with Mandela Effect, Gonjasufi has created a truly stimulating album that will be quite unlike any other released this year.