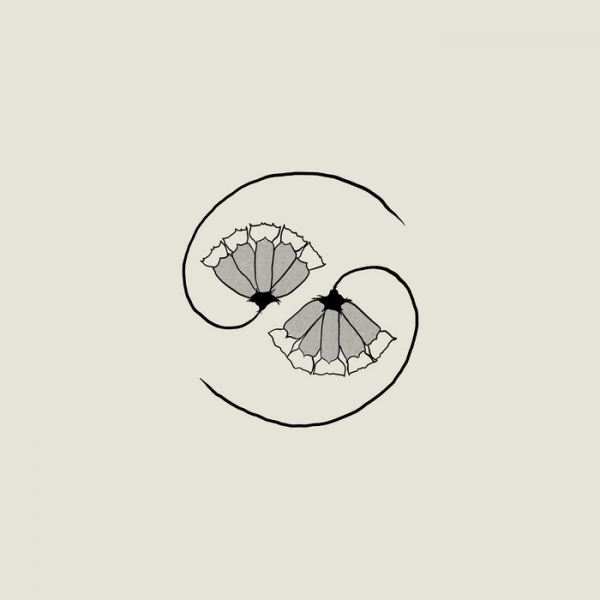 Whether politicizing or exposing corrupt ideologies that’re oftentimes found hidden within the belly of their work, Montreal’s Godspeed You! Black Emperor continue to create inside a world fueled by voice and protest.

Their latest, G_d’s Pee AT STATE’S END!, lands roughly where we’d expect - but even so, these moments in particular feel reignited with an artistic spark we haven’t heard from Godspeed in years. Built around a reliable mixture of elegance and fury alongside production duties from The Besnard Lakes’ Jace Lasek, Godspeed paint another vividly striking portrait the only way they know how - reminding us of the never-ending struggle between chaos and release.

When Godspeed released their pioneering debut, F♯ A♯ ∞, back in the late summer of ’97, they quickly stamped their mark on the genre of post-rock right out of the gate - but its release would also help kickstart a surge of experimental music.

Despite sharing plenty of overlap with their peers, Godspeed’s unabashed and oftentimes radicalized take would end up cementing their name, garnering not just a dedicated fanbase amongst various indie and underground circles, but a cult following. Yet, while we’ve seen variations of their sound over the course of a fruitful career, Godspeed continue to balance a level of consistency while showcasing new methods and imaginative technique.

At roughly under an hour with four songs, Godspeed gift an emotionally-rich, engaging work, and while certain moments lean into their last album, Luciferian Towers, where they opted for a more relaxed approach to style and structure, these new songs cover a multitude of what makes their music such a treat to unpack. Songs like the poignant “Fire at Static Valley” are a testament to simplicity. Anchored with glinting guitarwork and string varieties, it’s the album’s shortest, and ranks as the one moment that truly stands out as traditional post-rock. It also goes to show that even with gentler, uncomplicated songs, Godspeed can still manage to pull us into their world.

The sprawling opener, “A Military Alphabet (five eyes all blind) (4521.0kHz 6730.0kHz 4109.09kHz) / Job’s Lament / First of the Last Glaciers / where we break how we shine (ROCKETS FOR MARY),” however, is quite a contrast. Clocking in at an unsurprising twenty minutes, it shows Godspeed’s commitment to create with purpose and detail and it’s these longer pieces where they truly shine as musicians. Experimenting with radio frequencies that hark back to their heyday, Godspeed play with unhurried builds that set the pace. It’s no surprise, though, that patience plays a significant role. Once the song locks into its groove, it's finally backed with some substance. With coppery strums of guitar and a steady, feverish march of percussion, Godspeed stand firmly rooted in a wheelhouse they continue to perfect, turning triumphant moments into something that feels alive.

Album closer, “OUR SIDE HAS TO WIN (for D.H.),” is as tender as ever–gentle and cascading with nothing but strings, it’s a track that weighs heavy with emotional tug. But the second longest track, “GOVERNMENT CAME” (9980.0kHz 3617.1kHz 4521.0 kHz) / Cliffs Gaze / cliffs’ gaze at empty waters’ rise / ASHES TO SEA or NEARER TO THEE,” feels more like two separate pieces; the first being a sort of ghostly waltz only to be transformed into a brief moment of pure jubilance in its remaining minutes. It’s Godspeed at their most illuminating, and feels like a band optimistic that change is on the horizon

It’s moments like these plus many others where it’s hard not to be enamored or curious with the way a band like Godspeed operates. From their impeccable branding, their advocacy for social justice, or simply their navigation as a band - it’s all fascinating to be in the midst of. Their efforts don’t feel fractured or forced, even though they’re easy targets for some harsh critique. However you slice it, though, Godspeed continue to perform with a bold and alluring command and unlike their peers, a majority of their output lands on a much wider scale. But wherever it falls - be it seismic pieces of post-rock or warm arrangements that demand focus - Godspeed prove they aren’t bound to any certain agenda or model. What we do see, rather, is a band with a broad-spanning philosophy and that’s precisely what will help define their legacy.