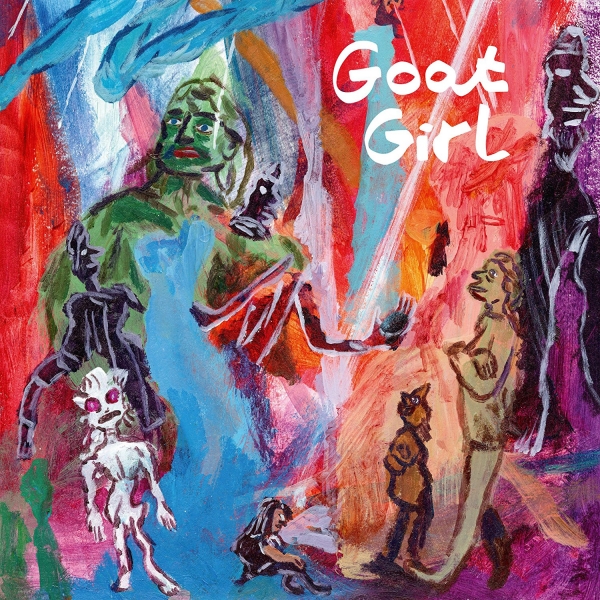 Read any piece online about South Londoners Goat Girl and it’s almost certain to be followed by a comments section full of people unable to let go of their past. Angrily harking back to the days when “punk was real” and “lyrics meant something”. Basically the worst kind of music listener.

There may be many reasons for this frankly unwarranted vitriol, blatant misogyny among them. But, judging by Goat Girl’s self titled debut album, a key reason could be that Goat Girl simply don’t give a shit about them.

As a band, Goat Girl are post-punk for a generation that have grown up fast; readying themselves for the post-Brexit world where opportunities are already starting to drift away. Everything from mental health to misogyny to sex is given a sharp focus; warts and all. It’s angry, yet good-humoured. Disaffected, but also self-deprecating.

Lead vocalist Clottie Cream is all these things at once, her seditious drawl turning a phrase like Nick Cave or seething with restless anger like Nadine Shah. As she sings about wanting to smash a creep on the train’s head in, you feel every single ounce of her exhaustion at having to deal with this issue yet again.

Across the 19 sharply satirical and endlessly entertaining tracks, each not taking too long to make their point, Goat Girl paint a Britain that’s slightly off. For instance, album closer “Tomorrow”, a cover of the Bugsy Malone track sung by downtrodden janitor Fizzy, is weirdly unsettling yet hopeful. This is kitchen sink realism in the style of Ken Loach or Tony Richardson, but with rotten fruit adorning the counter.

The Wild West hum of tracks like “Throw Me A Bone” and the excellent “Slowly Reclines” probably has something to do with this. It transposes these recognisable stories to a world just outside of our reach, constantly taking left turns to surprise and delight.

Most of the time it works, unsteadily racing along at breakneck pace. However, as a band that made those initial waves on the stage, some tracks, like live favourite “The Man With No Heart Or Brain”, do lose some of their energy in the transition to record. With most tracks clocking in at around 2:30 though, those slight missteps (and they are slight) don’t mean much. You’re soon hurtling on to the next sordid tale of a lost generation.

Goat Girl have always been an impressive force live; a band that grab you by the throat and demand you pay attention. But with their self-titled debut, what they have to say comes even more clearly into focus. Goat Girl is the voice of a group that quite sincerely don’t give a shit what those commenters think. Because this isn’t for them. This is for the discontent, furious youth who are just trying to find their lot in life. Funny, raging, unpredictable and electric, this is a record that feels alive.