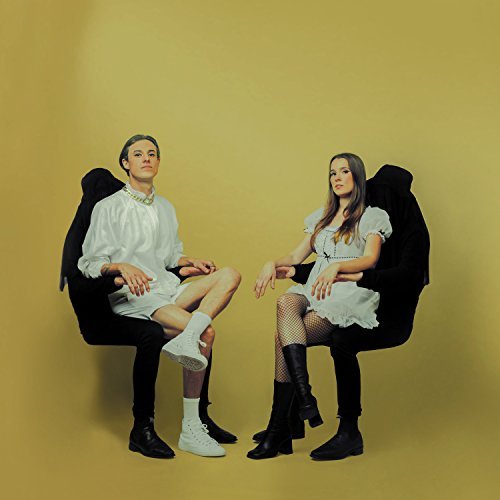 In dark times, for all that we rightly celebrate those who use their music to speak truth to power, it’s refreshing to be reminded that music can still centre around the ecstatic possibilities of fun.

Australian four-piece Confidence Man have built their own sexy empire around it, and while there are plenty of tongues in debut Confident Music For Confident People’s various cheeks, they all contribute to something that feels inclusive: scenes that are playful rather than detached, affectionate in their desire to involve the listener.

It’s also brimming with pleasure. Newer tracks like “Party of the Year” feel effortless in their swagger, offset by occasional humour (“Now I’m hot, are you guys hot?” Man in distance: “I’m pretty hot”). With all the early singles on board, it’s a debut that instantly feels like a greatest hits set: each of “Bubblegum”, “Boyfriend” and “Better Sit Down Boy” feels like it could have been their one-hit wonder moment.

Under a critical spotlight, much of what’s on display is a postmodern jumble of the '90s and '00s’ most decadent moments – Deee-Lite, New Young Pony Club, Primal Scream’s “Loaded” – stitched together and repackaged for the MDMA generation. If that sounds like a cheap pitch, then call me broke, because it feels utterly luxurious. Besides, if you’ve caught any of the band’s live shows, you’ll know that Janet Planet and Sugar Bones are superstars already. You might as well throw some lipgloss on that pout and join the party.