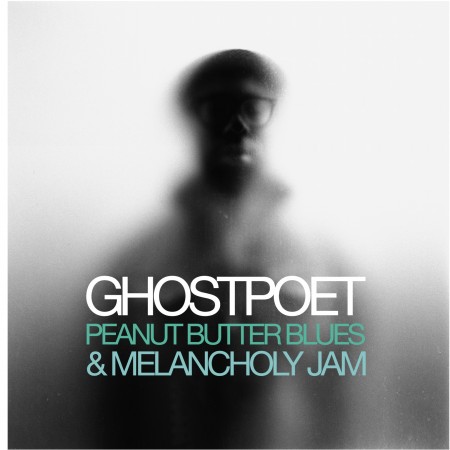 Part poetry, part hip-hop, part artful wanderings, Ghostpoet’s brand of urban lyricism feels like it belongs as a soundtrack to an eclectic night spot with a menu of unpronounceable drinks balanced by a warm and stimulating atmosphere. What should be loosely classified as art pop, Ghostpoet meanders about with a soft approach and unhurried speech. His voice maintains a pleasing, constant tone which is refreshing when compared to the over active vocal chords of those that think they have relevance and an audience (or a relevant audience for that matter).

As his name might indicate, this is less a pure hip hop record, and more of spoken word performance delivered over a lush collection of trip-hop, electro and new wave pop aimed to sedate and soothe; a similar feel to Tricky, but with more of a diverse urban aesthetic. The songs share the characteristic of avoiding any real tense build-up towards an artificial chorus electing, instead, to keep the background groove constant with only subtle changes. This allows the listener to focus on the voice.

Ghostpoet’s rhyme is subdued and veers away from any hyper-masculine tendencies typical of hip-hop, remaining artistic and poetic in the process. His style is smooth and unfettered, the lyrics reside as a social commentary without feeling like a sermon, and even though his singing voice is not quite perfectly in tune, there is something alluring about the way he demonstrates a lack of urgency to reach the intended notes.

Peanut Butter Blues & Melancholy Jam is perfectly named perhaps alluding to the seemingly meaningless threat of the legume which silently affects millions. The debut long player from the Coventry based poet has the potential to have wide spread appeal and is geared towards those who are receptive to pushing the boundaries of a genre that has yet to solidify its identity away from American shores. The attempt to file this under a distinct category may be in vain as it is somewhat ubiquitous; the iTunes tag of R&B definitely does not do this justice and calling it hip-hop may unnecessarily narrow the curb appeal. Regardless of what you call it, Peanut Butter Blues & Melancholy Jam has a contemporary urban feel and is a satisfying listen from start to finish. If there is a criticism, it is the lack of a wow factor as any single track would have difficulty vying for space in the song recall center of the brain. Conversely, the infectious beats and relaxed style act as a persuasion to hit the repeat button and let the record play in its entirety over and over again.