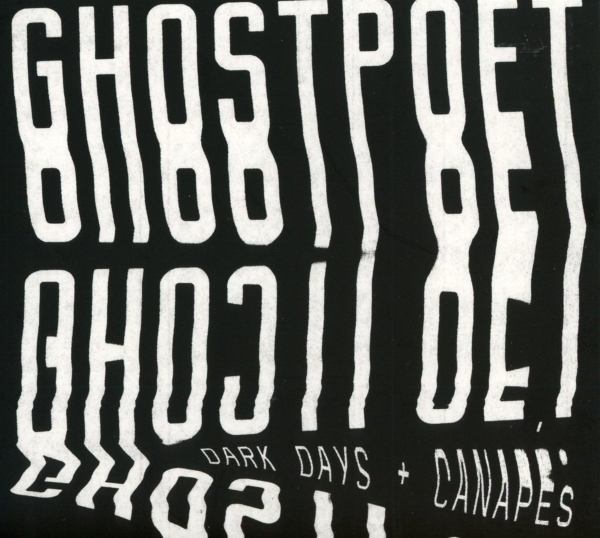 Ghostpoet has always stood as a contradictory figure, his records an uneasy mixture of intense introspection and social commentary.

In the current climate, then, you’d expect him to thrive, with the world around the Londoner ever more uncertain and the knock-on effect that’s bound to have on his own psyche providing him with no shortage of material. That certainly seemed to be the way he was intending to head with this fourth album when he prefaced it with “Immigrant Boogie”, arguably his most directly political work to date and one that saw him use his storytelling chops to stirring effect - it wasn’t a tale that ended well, either.

Dark Days + Canapés definitely sounds every inch as if it was written and executed during the political maelstrom that was 2016. Obaro Ejimiwe’s albums have never been especially orthodox in terms of instrumentation, tempo or subject matter, but this is the first one that counts as a genuinely uncomfortable listen just purely in terms of how relentlessly foreboding it sounds. Ejimiwe has drafted in Leo Abrahams on production duties, but despite his past work with Jon Hopkins and Brian Eno, there’s actually plenty of piano, strings and guitar on Dark Days... - just cleverly employed, like the basic template for 2015’s Shedding Skin taken to a warped, dystopian extreme.

Lyrically, meanwhile, Ejimiwe is on positively caustic form at points, not least when he rails against modern relationships and consumerism on “Freakshow” and frets about self-medication on closer “End Times”. His languid delivery belies the very real anxieties that Dark Days + Canapés is scored through with, but the nervy sonic backing absolutely serves to accentuate them; what that leaves us with is an album that's more about personal politics than global ones, but that still feels scored through with the suffocating disquiet of life in 2017.