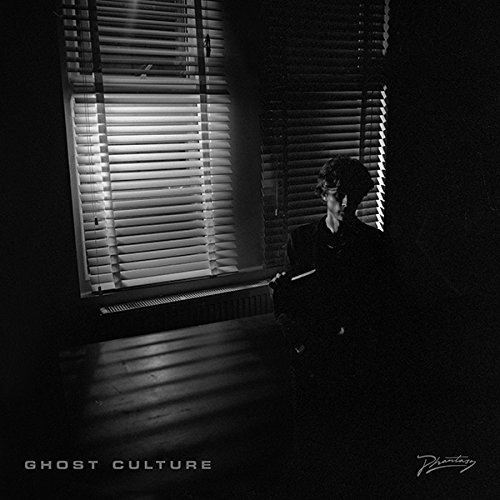 When Erol Alkan signs someone on the basis of a single track, it’s worth sitting up and taking notice. So, when Alkan did just that to London’s Ghost Culture, the music press and house fans everywhere pricked up their ears. Alkan described hearing “How” and thinking “this is what The Strokes would have sounded like, had they been produced by Delia Derbyshire” (Derbyshire being the BBC Radiophonic Workshop’s genius-in-residence who was responsible for creating the Doctor Who theme). And, well, he’s kind of right.

The hushed fragility of his vocals, coupled with his minimal instrumentation, have garnered several comparisons to Arthur Russell and his knack for crafting dark meoldies which hold your attention like a vice has been seen as a nod to Depeche Mode and other masters of the '80s synth-ballad. This is all true. What is most interesting about Ghost Culture is the way he manages to somehow simultaneously embody both sides of electronica: the back-room genius and the floor-filling hit-maker.

The Ghost Culture palette has a nostalgic warmth to it. With less machismo than heavy-hitters like Dan Snaith's Daphni project, but less kitsch than Giorgio Moroder-esque "nu-disco", it borrows heavily from 70s and 80s experimental German electro. Ghost Culture's sound is almost Tardis-like: each of the ten tracks on the album seems to dilate inexplicably, each becoming more complex with prolonged exposure. Despite an ostensibly minimal set-up, he manages to create impressively expansive sound-scapes. “Mouth” for instance, has the epic proportions of Kraftwerk's “Trans-Europa Express”, engulfing you, taking you on what could be an interminable journey. “The Fog” and “Glaciers”, on the other hand,  are aching ballads, imbued with a touch of melodrama. As a whole, Ghost Culture has a delicate, almost narrative feel to it, with an unashamedly 'pop' edge that makes it instantly appealing.

“Giudecca”, the second release from the album, is precisely this intriguing melange of disaffected, breathy mutterings over hooks made for movement. “Lucky” is marked by the same ecstatic/melancholic headspace where he creates a kind of sonic palimpsest, layering the word “lucky” over itself, over and over again, moving steadily upwards though keys, until the word has lost all meaning – but somehow, three and half minutes later, you find yourself... somewhere else. Listening to this album is disorientating, in many ways, but it always leads you somewhere, somewhere new.

Ghost Culture is a house fan's Alice in Wonderland experience – everything is curious, and nothing is quite what it appears to be. But everything is delightful.