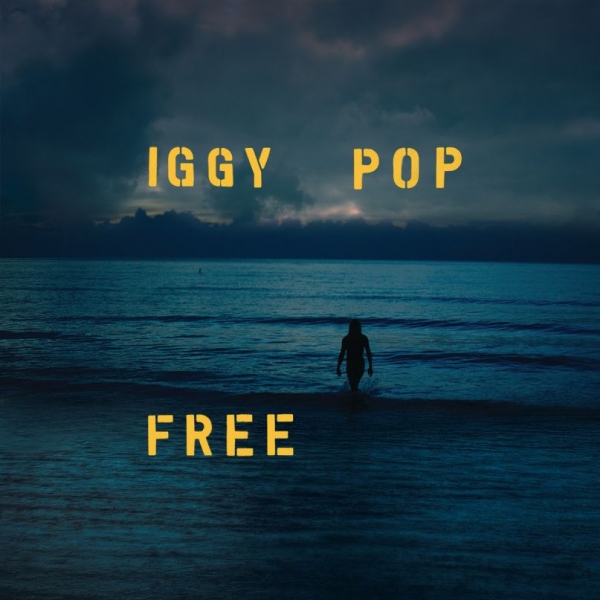 Iggy Pop has seen it all, done it all, been everywhere.

He’s a crooner, a showman, a firebrand, an influencer. He’s been a leader, a follower, a Stooge. He pledged allegiance to David Bowie when nobody else would, and in return was led to the top of the mountain: their creative collaboration spanned fifteen years, their friendship a lifetime. In 1977 alone, Bowie and Iggy released four of the greatest albums of all time between them: the devilish twins Low and The Idiot, and their riotous Dionysian follow-ups, “Heroes” and Lust For Life. What began with Bowie championing The Stooges here in Britain continued with his work on their greatest album Raw Power, a trip across divided Europe on the Station to Station tour, and possibly the most fruitful musical friendship of the 1970s. Elsewhere, Bowie regularly covered Iggy’s songs on his '80s records, while Iggy repaid the favour by taking Bowie-penned tunes across the world, to greater and wider acclaim than they might have found had they been popularised by their writer... Can you imagine Bowie pulling off “Lust For Life” with the same effervescence as Ig?

No discussion of anything Iggy Pop has done since 1973 has avoided the requisite comparisons to his limey pal, and nor should it – they made their best music when they were together. But now that Bowie is (somewhat) gone, the man born James Newell Osterberg Jr is – finally – free. Free of expectations, of comparisons, of mentors and leaders and friends. It’s not just Bowie that’s missing, it’s everyone who has ever made anything with Iggy before: Josh Homme, the creative director of Iggy’s Post Pop Depression album, is absent; all of the original Stooges are dead and James Williamson is otherwise occupied; most recent collaborators Underworld were one-and-done; Don Was went and never came back.

So if not them, who? On Free, Iggy’s primary collaborators are Leron Thomas (trumpets and arrangements) and Noveller (guitars and arrangements). To those in the know, Thomas is one of the foremost pioneers of modern jazz, with his effortless style drawn from years of studying Miles Davis and Wayne Shorter, and refracting their talents through the prism of Zappa (or even Bowie). Noveller - aka Sarah Lipstate – played on select dates on the Post Pop Depression tour, and has been regularly featured and championed on Iggy’s world-best radio show on BBC 6 Music. These are fine players indeed – and both have numerous opportunities to shine despite the brevity of the record.

It’s Thomas’ blaring brass that elevates the skittering, tar-black noir jazz of “Sonali”, adding textural elegance with an almost impressionistic bent. “Sonali” is unlike anything Iggy’s ever done before, filled with air and space, but frozen, as though it were sealed within a cryogenic chamber. He also shines on album highlight “James Bond”.

“James Bond”, which features a return to the Francophile sound of Iggy’s superb Préliminaires (a perpetually underrated entry into his canon), and its rather lacklustre follow-up Après. But it’s a little more than that – Faith Vern of PINS shows up, sounding infinitely cool, repaying Iggy’s guest turn on that band’s “Aggrophobe”. It sounds less like James Bond than it does Killing Eve, with its glassy guitars and rolling bass line (see also: “Je Sais Que Tu Sais” from Préliminaires).

“Dirty Sanchez” opens with piercing Latin brass before descending into the most chaotic thing here: Iggy dips back into his primal days for a numbskull, call-and-response shoutalong with references to cocks, tits, big dicks and other nonsense. Classic moronic Iggy Stooge, reframed as Art. He’s fooling nobody.

The most rockingest slice on the album is the rather excellent “Loves Missing”, which feels like a consolidation of the Post Pop Depression project, with its smoky post-punk chug and roaring interplay between Noveller’s guitar leads and Leron Thomas’ howling brass. When Iggy’s voice rises into an emotionally-fractured yowl in the crescendo, everything really clicks into place.

“Glow In The Dark” and “Page” evoke the second side of Bowie’s Low (or even moments on Bowie’s other dark masterpieces Outside and Blackstar) with their ominous, creeping sense of doom. The unhinged trumpet blasts from Thomas offer a darker take on Bowie’s smooth saxophone on “Subterraneans”.

In the promotional material for the record, Iggy bashfully, tellingly, gave everyone else the credit for the album, saying that his intentions were to let “other artists speak for me”. Turning over the reins to Leron Thomas and Noveller is just the latest in a long line of wise decisions, in a career that could have been derailed by bad ones. From his woeful submission to record company bullshit on 2003’s Skull Ring, or his utterly horrid attempt to recapture the magic of the Stooges on 1991’s Brick by Brick (saved only from perpetual ignominy by Kate Pierson’s vocals on “Candy”) or 2007’s flaccid Stooges reunion The Weirdness.

Free feels like more of a ‘getting your house in order’ album than Post Pop Depression ever did. That album was vital, filled with vigour and energy and youth borrowed from the players around him, and his own past life. Free is quite the opposite – it's a moody, hazy, gloomy take on modern jazz. It’s also a return of Iggy Pop the elder statesman, the icon, the legend in his own lifetime. But, more than that, it provides a fitting end to a career, on his own terms, if that’s what he wants it to be. But let’s hope he’s got a couple more in him, just for good measure.