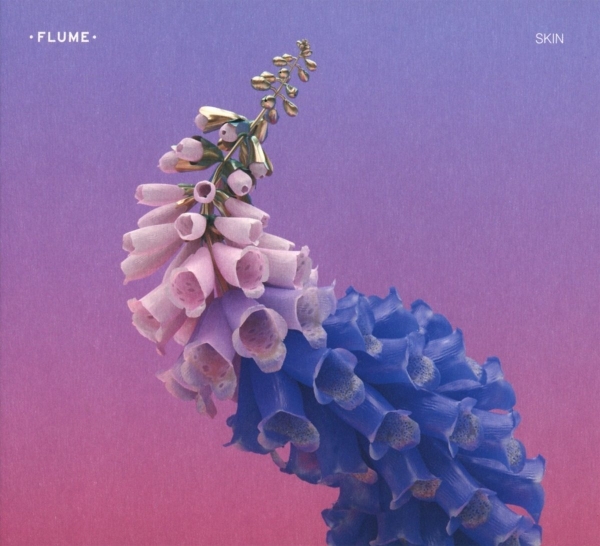 Flume’s joined by a star cast of collaborators on his second album Skin - yet somehow he still manages to make the record about his own sound.

After a debut, with low-key features, that showcased his distinct production style he’s roped in big name vocalists for the follow-up. Though Flume’s guests are also familiar - check the credits on Kaytranada’s excellent 99.9% and you’ll see a very similar list- Little Dragon, AlunaGeorge and Vic Mensa all double up. Vince Staples has turned in great work for Switch’s "With You." project recently and even Beck guested with Chemical Brothers and M83 in the last year.

So it’s a relief that the stand out feature is the Aussie producer’s warm, fuzzy, embracing soundscapes - which won him so many fans for his debut and remixing work for artists like Lorde and Arcade Fire. On “Lose It” Vic Mensa tussles with a wondrous cacophony of synth and snare sounds, Beck’s vocals ride a wave of dreamy bleeps on album closer “Tiny Cities”, which was recorded at Beck’s LA home.

“Smoke And Retribution” includes vocals from Vince Staples & Kučka, but it’s the crashing, bouncing drums that stick in your head, but the most successful vocal contribution comes from unknown Kai on the first single, and one of the best pop songs of the year, “Never Be Like You”. Flume says he worked with her because she has “an amazing voice and a great ear for melody” and it’s hard to disagree as she begs ‘please just look me in my face/tell me everything’s OK?’

Skin’s instrumentals, like “Pika” and “Free”, also impress as the beat maker shows off, without having to accommodate a guest.

While so much EDM sounds the same right now, his tracks are thankfully hard to pigeonhole - as they weave industrial, deep house, dubstep, minimal and hip hop influences into a cohesive whole that’s both danceable and perfect for sofa listening too The producer, real name Harley Streten, recently claimed: “Every song (on Skin) is like a mini-experiment”, and the results bare that out - as songs switch from minimal electronics to big sounding drops and back again to brilliant effect.

It’s no wonder there’s a queue to work with Flume.