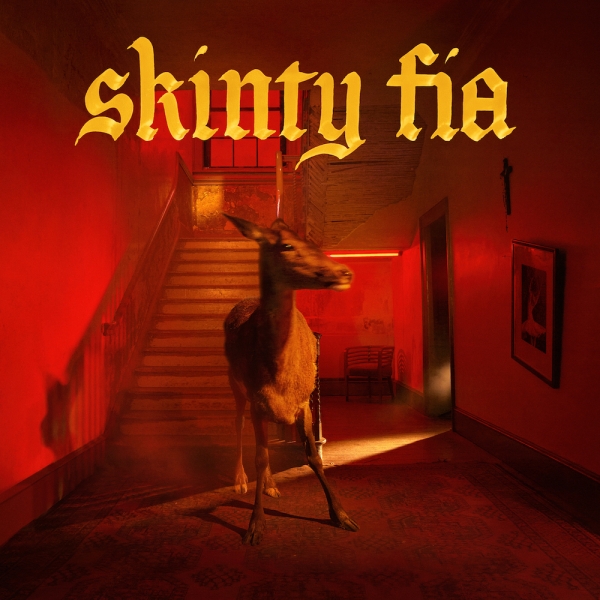 Skinty Fia is an apt phrase for 2022. The Irish term meaning “the damnation of the deer”, or to show disappointment, pretty much sums up everything right now. Fortunately, Fontaines DC have loaded such thoughts into a cascading third album that reveals as much as it continues to hide.

In the years that have passed since the Dublin five-piece unleashed their debut Dogrel into the world, a lot has changed. Most for the worst and some for the better – Fontaines seem to consistently fall into that latter category. Few bands can not only entice but thrill with three albums of repetitive phrases and looping thundering basslines; focused on hypnotising all onlookers with a syrupy-thick potion of dagger words, cutting guitars and mesmerising drums.

Where Dogrel introduced the band to the world through their lens of predominantly poetically dark, and occasionally rousingly bright tunes, 2020’s Grammy-nominated follow-up A Hero’s Death doubled down on their overarching sense of brooding. Their third outing proceeds to pick these two statement pieces apart and hones in on the essence of Fontaines while allowing new sprouts to branch out.

There’s a lot on offer, and it all feels well-placed, enough to make this an album that belongs together. While “Jackie Down The Line”’s sturdy, rollicking singalong can glimmer through the radio airwaves, its rightful place is amidst this collection of old, new and future focused Fontaines. Any segment removed and things would feel displaced.

Leading in with the building, violent storm of “In ár gCroíthe go deo”, the chassis still remains in their gazing sound (“How Cold Love Is”, “Bloomsday”), but it’s the moments that embrace and build upon this that create Skinty Fia’s firm draw. The sparse, accordion-led “The Couple Across The Way” delves into romanticism, offsetting “How Cold Love Is” and its titular chant.

“I Love You” offers itself as a runaway train, rolling into motion slowly before careening, razing everything in its path as Chatten waxes poetic on big, bad men of the world and how "I loved you like a penny loves the pocket of a priest". “Nabakov” sees things off with a hauntingly mighty roar in true Fontaines style; a soaking, embracing, hurricane of noise and lyricism.

The biggest stride forward comes from the titular track. Echoing sounds of the industrial ‘90s, the urgent, processed beats feel like a match made in heaven – so much so that a Trent Reznor produced fourth effort wouldn’t be a surprise in the slightest.

Their distinct sound is established now, beyond so. They can construct projects complete in their entirety but open-ended enough to not feel pigeon-holed. It consistently feels like Fontaines aren’t giving up their full selves, as if there’s more hidden beneath what they offer that they’re ripening through further experience. And with every new chapter in their story, it feels like there’s a universe being brought to life.

Through the clashing of narrative and musical expressionism, it's a tome where murder, heartbreak, and all the souls lost between these disparate notions reside – and Skinty Fia is a rich, full-bodied third entry, with Fontaines DC proving they’re not only here to stay, but here to dominate.