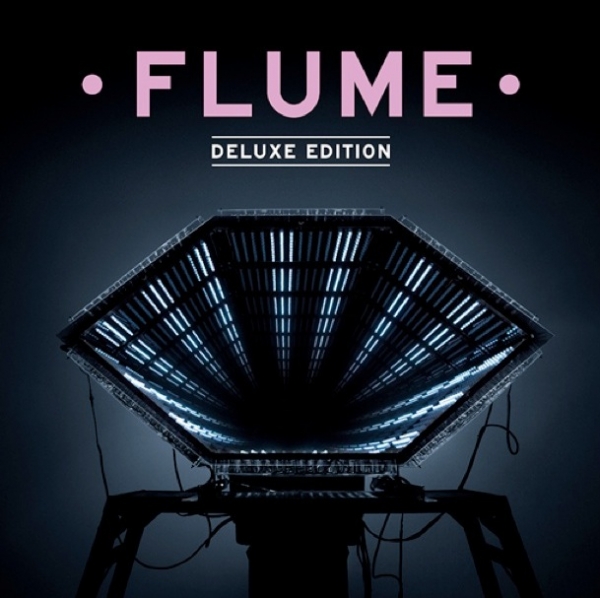 The whole idea of a “deluxe” version of an album only released about six months previous is generally an abhorrent, money-grabbing, cynical and devious attempt to con fans into parting with their money for what’s essentially the same record, plus a few extras, lining the pockets of some scumbag globe-straddling record label. And to some extent I don’t think Flume should be excused from criticism for dropping this four-disc “deluxe” version of his self-titled debut.

Yes, the Australian producer/DJ has pushed the boat out to make sure it’s not just a couple of bonus tracks and a lame remix: the new discs include a full remix CD, a 70min tour documentary, a “producer disc” with software and the thing that’s the focus of this review – a rap mixtape. Admittedly it is a lot of new(ish) material and I guess you can buy all the extra tracks digitally without having to purchase the original album, but if you want a physical copy you’ll have to fork out again for something you’ve already got.

But before I saddle up my high horse and ride off into the sunset, let’s turn our attention to Flume – and a fine mix it actually is. Given how varied Harley Streten managed to make his album without it sounding like a mish-mash of electronica, it’s not a surprise he’s a dab hand at pulling together a hip-hop mix. On Flume he brought together the smooth vocals of Jezzabell Doran and George Maple alongside the more streetwise nous of T-Shirt and Chet Faker, but now focusing on rhymes, he’s made something that often improves on the original. Instead of mixing up R&B, Brainfeeder-influenced dubstep, and straight-up dance-pop it’s Streten’s inner J Dilla that’s released, with a little help from Killer Mike, How To Dress Well, Stalley and Ghostface Killah.

At turns soulful, woozy and punchy-as-hell, “Intro” gives us a deep piano line and Flume’s trademark pitch-bent vocal samples for Stalley to breathlessly rhyme over the top – he doesn’t let up, practically gasping for a breath by the end of the track. Then it’s the twinkling R&B of “Space Cadet”, transformed by a more forceful beat and Autre Ne Veut’s airy vocals, laying the groundwork for the legendary Ghostface Killah to briefly spit out a verse on what’s an extremely short, but brilliant, track.

When that track mixes seamlessly into “Insane” featuring Killer Mike, it’s one of the best moments on the mixtape; you can’t doubt Streten’s abilities as a DJ and mixer. He’s got the pace and tone just right, and the choice of Mike to rap over the top of this track’s dreamy R&B is inspired. His gruff and aggressive delivery has already worked wonders with When Saints Go Machine, and on “Insane” he sounds like he’s in a constant fight to make the mood of the track a little fierier. While the Boldy James-featuring “Stay Close” is a touch drab, Flume pulls it back instantly with the devilishly funky “Holdin’ On” with Freddie Gibbs holding court, before How To Dress Well steals the whole mixtape with a gorgeous Jodeci-inspired vocal masterclass on the slick and wondrous “Change”. This is the sort of thing Tom Krell does in his sleep, but hearing the master at work is always a treat. Everything else pales a touch after that, meaning that even Twin Shadow’s croon over “Sleepless” (still with Jezzabell Doran’s vocal somewhere in the background) sounds timid in comparison.

Really, it’s about 2/10 for the whole concept of a deluxe version of Flume, but the way in which Streten breathes new life into some of these tracks is, at times, excellent and he’s done just about enough to make them feel “new”. Now, just bloody move on and write some new music, eh?