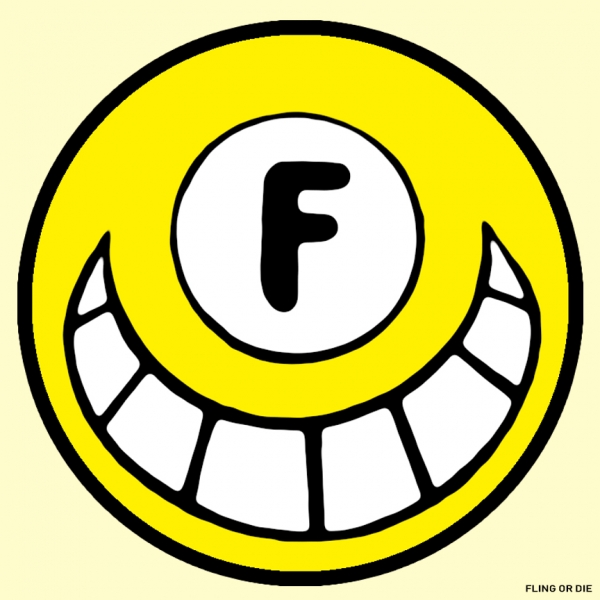 ​​Musically, West Yorkshire isn’t a region known for its sun-kissed psychedelia, and indeed, seems to inspire uncompromising grunge bands more so than effervescent indie-pop. And that’s why Bradford-based four-piece FLING are so much of a surprise.

Anyone who’s ever been to Bradford knows that its working class history and bleak, often brutalist architecture are a far cry from the technicolour romps littered liberally across Fling Or Die. Arguably however, it’s for that reason that the city, like other towns in West Yorkshire, are current creative hotbeds, and of which FLING are very much a part.

Whether their music is also a means of escapism seems fairly certain, after all, there’s no denying it would feel more at home on America’s West Coast than the M62 Corridor. Be that as it may however, the fact remains that Fling or Die is an upbeat, optimistic and importantly, enjoyable record, albeit one that wears its very English influences proudly on its paisley sleeve.

Right from the opening number "Welcome to the City" the pervading touch of The Kinks, T-Rex or The Beatles never seems too far away. Likewise, the more contemporary swagger of ‘80s and ‘90s Manchester is visible also, with the likes of the Happy Mondays or Oasis, instilling the record with a quirky sense of the classic and contemporary.

Of course, such influences are regularly ascribed to bands, often by lazy writers or bands that lack originality. Here however, the combination of ‘60s psych pop and working class indie is both instantly familiar yet ultimately refreshing. And while the likes of "Annie" or "Revolution" might well feel a little close to the source material, Fling have succeeded in carving out a niche for themselves that will likely make the Pretty Green brigade more than a little excited.

Snarkiness aside however, and Fling or Die is ultimately 11 tracks of blissed-out psych pop that manages to feel both fresh and familiar. And though for some it may err a little too close to the latter, for many more it’s the perfect antithesis to a dreary English winter.