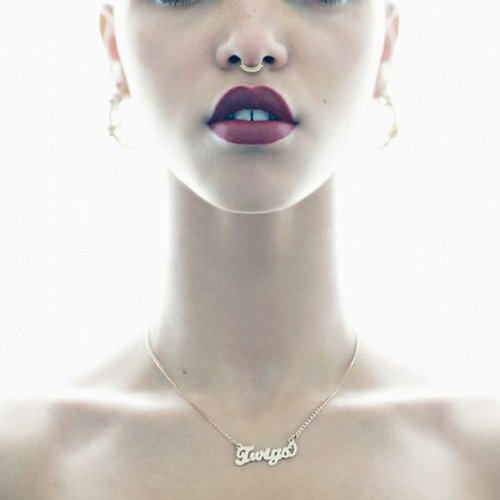 FKA Twigs, a 25-year old singer from the South West of England, started floating around the internet last August with ‘Ache’, a slow-burning, severely sexy tune that represented a still-underground realm of digital baroque electronic music. Today that realm is brimming over, with the likes of Holy Other and Autre Ne Veut also paving the way for a new era of electronic pop.

With her latest, Arca-produced four track EP, we find her intriguing, mysteriously high-pitched whispering vocals in full effect, but sadly struggling to make for a great front-t0-back listen. While EP2 is conceptually an intriguing release, the slowness of it as a whole can get decidedly tiresome.

It’s ushered in with ‘How’s That’, a trip-hop tune with a restricted lyrical palimpsest that introduces the humming, spacious, 1990s Janet Jackson-like vocals that will carry through the quartet of songs. It drifts by more than an opener arguably should, but the following ‘Papi Pacify’ is more invigorating. Densely layered, the song just connects more emotionally, with Twigs’ background in ballet being alluded to in the track’s rhythm, which functions almost like a performance in its own right. If only you had a partner to dance a pas de deux. Yet again, whilst the ambient electronic music shines, the banal lyrics are a comparative downer.

‘Water Me’ is just as the title suggests; a moody, raw song with poignant prose full of broken promises and forgotten expectations with a rich, brain-melting backbeat. Paired with incredibly beautiful and fashion film-esque visuals of its video, courtesy of director Jess Kanda, the track – as seems to happen with most of her music that comes with a visual accompaniment – really comes alive. Perhaps it’s a worry that Twigs’ music needs to be watched rather than listened to if one’s to get the most out of it. Or maybe that’s just perfect for this digitally hypnotised day and age.

‘Ultraviolet’ is the most interesting track here, thanks to a pulsating sub-bass breakdown that radiates a warming, almost viscose-like, substance. For the first time an anticipatory mood is introduced to EP2, only before before slowing down again with Twig’s vocals and, sadly, finding itself lost on the spectrum.

In a recent Guardian piece, which reads more like a long press release or an advertorial, writer Paul Lester places FKA Twigs in the new coterie of ‘Beyond Timbaland: The Future Stars of Experimental R&B‘, a group of female artists who are taking a sound created by Timbaland and Aaliyah that was futuristic in the 1990s to another level. But she’ll have to bring a little bit more than what’s in the bag on the somewhat unfulfilling EP2 to prove her music is more than just rattling the same stick on someone else’s fence.