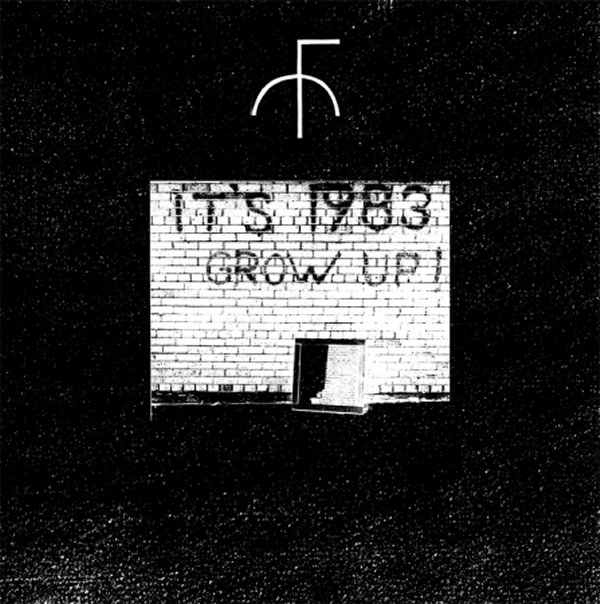 ​There was a point a week or so ago when I had listened to It’s 1983 Grow Up!, the reissued second album from Alberta, Canada punks Fist City about four times in a row (it’s under half an hour in length) and I wondered what it was that made it just such an addictive record. It turns out that despite the rumours of Satanic worship, home town alienation, singer Kier Griffiths’ gender realignment surgery and a trip out of a fourth floor window by guitarist Evan Van Reekum it’s the energy, joy and simple brilliance of fourteen songs that kept me coming back for more.

But of course, all these mentionables do play a part in what makes It’s 1983 Grow Up! so good; it’s a record that deals in the personal and political in an uncompromising fashion but rather than being a depressing or angry listen it grabs life by the scruff of the neck and implores it to get on with things in the most positive way it can - through music. The band has gone through a lot since forming in 2009 yet there’s no weight being carried here, and it’s evident from the moment “Boring Kids” leaps out of the blocks. Musically it’s actually nothing new, and you can hear those classic punk rock riffs and chord progressions being followed in a song that appears to be - of all things - a defence of Fist City’s local mayor who was the victim of a smear campaign. Following track “The Creeps” is brilliant two-minute surge of pop joy, formed on the most rudimentary of backbeats from drummer Ryan Grieve in which Griffiths seems to being embracing the prospect of dying in quite the euphoric manner, singing: “you look great in your leopard print/I really hope you have an accident” and “I wanna die in a disaster”.

In interviews Griffiths hasn’t shied away from admitting the band have all gone to extreme points at one time or another, and he’s open and honest about her gender realignment, whether it’s to praise the support he’s had from some sections or to call out the morons who wish to persecute him for making that life decision. So it’s hardly a surprise when the aggression comes out in a track like “Caveman’s Lunch”, which turns out to be a little more edgy than what’s come before, and recalls the febrile agitation of prime Fugazi. The same applies to the blunt “Fuck” or the gloriously short and sweet “Spit” where, if you close your eyes, it could be Guy Picciotto singing. But it’s hard for Fist City to keep away from the joy, and so “Endless Bummer”, “Burn Burn Burn Burn” and new bonus track “Let’s Rip” (where you can really here the deepening and development of Griffiths’ voice) are exhilarating and brimming with positivity.

During the times when things can get on top of you, music can be a place of solace or a mechanism to enable you to release whatever it is inside you that’s bringing you down so it’s important that we have bands like Fist City who have gone through those moments and are now making music to help us through too. It’s 1983 Grow Up! is the perfect music for those times: a rush of emotions, a catharsis delivered positively.