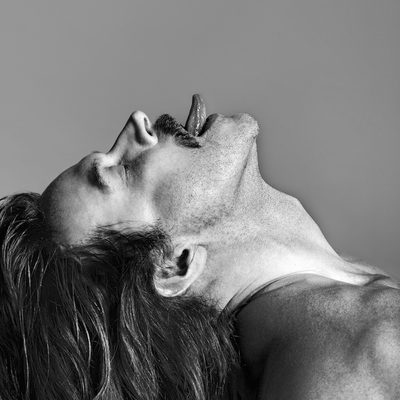 Four years in the making, Sir is Fischerspooner’s triumphant return to dance music, filled with familiar dark synths and eroticism, but with a deeper emotional core than previous records.

Founding members Warren Fischer and Casey Spooner are joined by a glittering cast of writers and producers including Charlift vocalist Caroline Polachek and Saddle Creek regular Andy LeMaster - and most intriguingly, Spooner’s friend (and former lover), R.E.M. frontman Michael Stipe, who cowrote and produced the whole album, and who encouraged Spooner to “be more emotionally connected and to trust my voice.”

Like fellow native New Yorkers Hercules and Love Affair, Fischerspooner are a loose collective with a queer auteur (or pair of auteurs) at its heart - both make the kind of dance music that has integrity because it is made by people who, above all else, love and care about going out dancing. But if Hercules represent the warmth and community that can be found in the club - especially the queer club - Fischerspooner reside somewhere darker; in a room down a staircase behind an unmarked door - a place where, as Spooner succinctly chants on “Everything Is Just Alright”: “I smell the smoke/I smell the piss/I smell the anger”

Sir is filled to the brim with this erotically charged darkness, while simultaneously confronting the loneliness that lives at the heart of hedonism. Lead single “Have Fun Tonight” drips with typically sleazy beats as Spooner voices one half of a polyamorous couple, instructing his partner to “go have fun without me” - his ambiguous vocals flipping between macho flexing and pathetic sincerity. “I Need Love” is a desperate comedown, Spooner’s plea for connection from the depths that desire has driven him to, with vocals pitch-altered and cracked to such an extreme that his identity is almost completely erased. But even the album’s darkest moments are not without humour - the track’s simple, heartbreaking refrain “I can’t find me/I need love” is followed by the glib, “I need hugs”. Delivering on both slow-burn emotional complexity and quick-hit thrills, Sir is a welcome return for an underrated group whose influence on contemporary pop music is often overlooked.