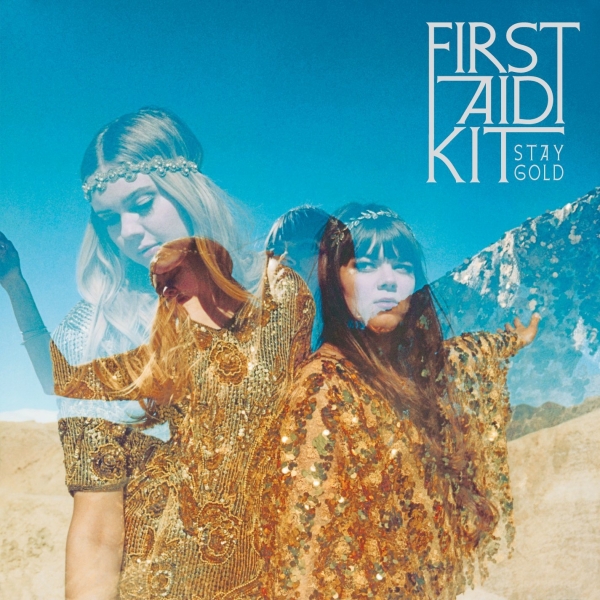 One of the first reviews I ever wrote was of First Aid Kit’s 2010 debut album The Big Black and the Blue. Back then I was struck by the then teenage Söderberg sisters’ ability to create the most stunning harmonies, noting that their vocal skills would escape singers many years their senior and being of such a quality that their vocals left “other instruments almost completely irrelevant”. Four years later their third full length album finds the sisters older, wiser, but still able to create some of the most beautifully intricate harmonies I’ve ever heard.

The intervening years have been kind to Klara and Johanna Söderberg. Between the release of their debut and its follow up, The Lion’s Roar, they became part of the Bright Eyes fold, with Conor Oberst featuring on their track “The King of the World”, while they sing harmonies on his recent release Upside Down Mountain. With their latest two albums produced by American indie stalwart Mike Mogis, the pair have cemented their leanings towards the scene, picking up the best of their Americana tinged influences while managing to shake the self-serving introversion that turns so many people against Bright Eyes.

Stay Gold is definitely the product of experience. Compared to their first two albums, it’s a much more mature record - one that reflects the girls’ growing up while on the road over the last few years. “Master Pretender” features lyrics like “shit gets fucked up/people just disappear”, while “Fleeting One” laments the pain of lost love over beautiful picked guitars and gentle rolling drums.

At points it feels like listening to record detailing all the pains and realisations everyone goes through in their last few years of adolescence and the first few terrifying, bewildering years of adulthood. It’s a beautiful testament to not only the inevitability of getting older and the pain and knowledge that comes with that, but also the benefits that those experiences have on creativity. While there were sad moments on The Big Black and the Blue and its follow up The Lion’s Roar, songs on this album like “A Long Time Ago” really are a step up; a stunning, heartbreaking mixture of piano and beautifully arranged string parts, it demonstrates beautifully the development of the band and their songwriting.

Despite the changes in their compositional style, their growth, their pain and their heartbreak, First Aid Kit haven’t lost the key element that makes them so distinct. When the sisters sing together the beauty of their harmonies and the sheer perfection of the sound of their voices together elevate their songs to something beautiful.