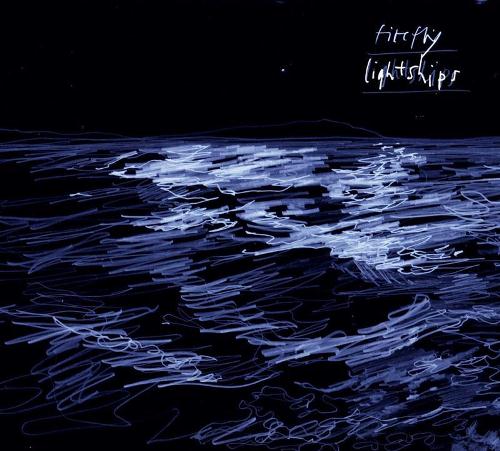 Employing the Eastern sounds of the Indonesian Javanese gamelan, East London five-piece Firefly Burning create a sound reminiscent of the Baroque epoch. Lightships is a monolithic and ambitious creation, melding both Eastern and Western instrumentation and employing it within sprawling song cycles which are led by the vocal range of Bea Hankey. Placed alongside soundscapes which take the ancient seascapes of North Cornwall’s coastline as their backdrop, they conjures scenes of tumult, romance and diversity. Yet in spite of all this, Lightships‘ chamber folk falters along its path.

As a band who formed through a series of chance encounters, they have instrumentally created nine intricate tapestries of audio textures, employing finger plucked guitars, cello and violin alongside the gongs and bells, yet there are times at which too much is thrown into the melting pot. While certain of the instruments are employed with a subtle conscientiousness of their Eastern influence, melding it with that of the contemporary, there is a great sense of repetition littering the first third of the LP, and an urgency to showcase this array of acoustics which translates too frequently as frivolity.

This by no means diminishes the art as a whole: Lightships harbours multiple moments of beautifully constructed music, with ‘O Thou”s beauteous and galloping crescendo of strings and thumping drums marking it out as one of the record’s high points. The cascading piano keys and vocal of ‘I Feel’, too, are delightfully coupled; the soaring female notes as flighty as its ivory counterpart. It’s a voice which is undoubtedly going to cause a flurry of comparisons to Kate Bush’s exquisite and theatrical pitch; soaring as it does above the often more grounded instrumentation surrounding it. However, as distinct as this is, there is lyrically little depth to these utterances; ‘Lady Laurie’ for example feeling entirely out of place with its literal folklore warble, as other fragments of song use “come hithers”, “thees” and “thous”, seemingly striving to create something so diverse that on occasion the result breaches the lines of sincerity and artistic ambition and almost becomes parody.

Firefly Burning certainly have a capable vocalist and set of players at the fore, but there is an uncertainty which flickers at the edges of these ambitious compositions. Amid minimalist fantasy storytelling and cyclical lyrics there are compositions that could work far more successfully solo.