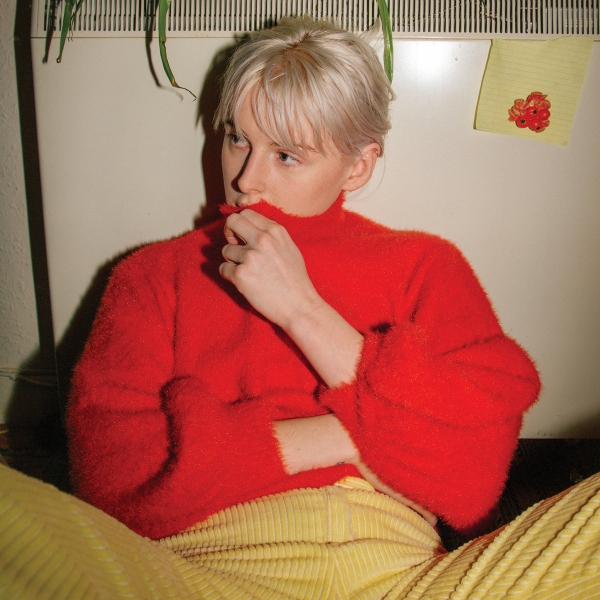 “For my own sanity, this record has had to be about being a little bit more together, and firm, and clear, and sane,” Fenne Lily explained about BREACH when we spoke to her in January of this year. This clear-cut vision has resulted in the development of twelve tracks that beautifully display her strengths and vulnerabilities as a songwriter and as a young woman.

An intimate collection of songs about resilience and personal growth, Lily’s second album is an acknowledgment of, and antidote to feelings of loneliness and isolation. Conceived primarily during a month-long solo stint in Berlin when she was 21, the Bristol-based songwriter has consciously avoided writing a “breakup record” by allowing herself the space to muse on wider themes of philosophy and self-autonomy, resulting in a deeply moving and poetic new offering.

Whether you take Lily’s lyrics at face value or opt for a more figurative lens, her ability to tap in to a niche moment is undeniable - whether that’s a moment spent extrapolating over love and German philosophy on “I, Nietzsche”, smoking until you cough up blood on “Laundry and Jet Lag”, or having your heart obliterated by a whirlwind romance on “I Used To Hate My Body But Now I Just Hate You” - her images smack with dark humour, and they’re painted with emotional intelligence. She manages to deliver profanities with effortless grace, whilst also expressing genuine emotion with aching awareness.

“Don’t be scared of me” she whispers over soft, dreamy guitar sounds on the brief “To Be a Woman Pt. 1,” lulling her listeners into a safe, reassuring space. Lily doesn’t shy away from introverted, personal realisations on the record. On the buoyant “Solipsism” she explores how she was able to “run on empty at one and twenty”, while on “Berlin” she encapsulates the album’s theme in one sweet sentence: “it’s not hard to be alone anymore.” Rather than being crushed by these realisations, she's developed them into songs that feel simultaneously private and universal in theme. On “Alapathy” she embraces a full band sound with reverb heavy riffs and rolling drums, to remind listeners that “when it all breaks down you’re a lot like me.”

Wary of what her Mother has coined “femotion” - or “fake emotion” - when it comes to using orchestral elements in her songs, Lily has introduced them on her second record as a way of enhancing the stories she’s telling, not as “cues” to provoke a reaction from listeners. The string arrangements on ”Elliott”, and on “Birthday” in particular soften the emotional blows she sings of. Her tender vocals contrasting sublimely with her candid lyricism: “We talked about getting married / and now I hate your guts.”

Whether she’s writing full songs, or brief interludes like “Blood Moon” and “‘98”, Fenne Lily is still able to engage listeners with her striking observations on BREACH. As she tentatively, yet definatly sings “fuck falling apart” on the album’s opening track, she takes ownership of her experiences and avoids doing just that. It’s a raw, cathartic, but incredibly gentle record that pushes through personal boundaries, and wonderfully reiterates the fact that it’s okay to be alone (even if you’re sleeping with your “key in the door.”)