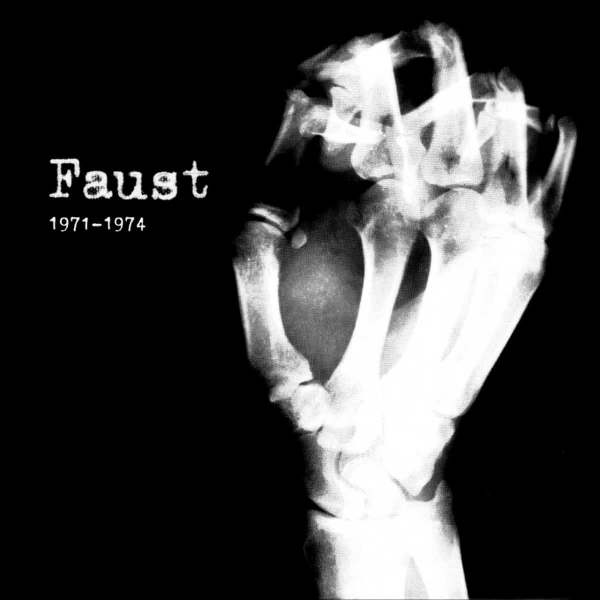 Oh, to be a fly on the wall in the German offices of Polydor when the first album of the label’s hot new domestic rock sensation was delivered in 1971. Having been sold to the hipness-chasing major label as some sort of a German Beatles, Faust’s debut does indeed bring to mind the Fab Four, had they persisted with the sound collages of White Album‘s “Revolution #9”.

Other highly influential names (Can, Kraftwerk, Neu!) from the super-fertile early-to-mid '70s German musical underground honed in on a signature sound, which (possibly responding to the trauma of their country's dark then-recent history) conjured an entirely new music, free of Bluesy clichés and Americanised 'rock' idiom. A fiercely collective effort, the classic first line-up of Faust pulled in multiple directions. This makes Faust the least readily knowable and most enduringly mysterious giant of the era still routinely referred to as ‘Krautrock’. It follows that Faust is probably better known for the cement mixers and pneumatic drills of their legendarily anarchic live shows than their actual music.

The three dense slabs of layered sound on the self-titled 1971 debut are arguably the least approachable and most typically 'avant garde' part of this exhaustive (and exhilarating) chronology of Faust's three-year creative peak. 1972's superb So Far is more closely aligned with what we understand as rock music, but it's hardly an invitation to the hit parade. The hypnotic ur-stomp of "It's a Rainy Day Sunshine Girl" sounds like The Velvet Underground transmitting from the darkest caves of the Stone Age, while the title track builds a mind-blowing barrage of sensory stimuli atop a funky looped riff. "No Harm" offers Faust's sardonic take on the uber-masculine knuckle-dragging of 70s hard rock, but it’s more in line with the mischievous playacting of Finnish gonzo-motorik masters Circle than the sneering mockery of Frank Zappa, both definite kindred spirits.

The scattershot snippets and disorientating tape manipulations captured on The Faust Tapes and the newly compiled Momentaufnahme discs (the former almost certainly the most impenetrable record ever to earn a British silver record status for strong sales, after the double album was sold for the price of a seven inch single by burgeoning Virgin label in 1973) delight and befuddle in roughly equal measures. The two remaining albums included on Faust 1971-1974 - one previously unissued - now sound like absolute classics.

Starting with the brutal drone meltdown of "Krautrock" (both a two-finger salute to British music press’ un-PC way to describe experimental German music, and an effective shorthand for what a band fitting this category was likely to do), 1973's Faust IV moves from dub-hued slow-burn beauty (the hypnotic "Jennifer" - The Beta Band and Radiohead amongst others are surely familiar with this one) to psychedelic jam band noodles ("Giggy Smile") and utterly original moments of madness ("It's a Bit of a Pain", with some spoken words interludes in Swedish because, well, why not), with seemingly only the band's peerless imagination and telepathic interplay binding it all together into a must-hear cult classic.

Previously unreleased Punkt from 1974 could have been equally unassailable with a bit of extra pruning. Recorded at Munich's Musicland when studio boss Giorgio Moroder wasn't busy inventing space-disco with Donna Summer, these fully instrumental tracks find Faust venture further into utterly genre-defying territory, with the mixture of Arabic-hued hypnotic grooves and Miles Davis-esque ice-cool trumpet of "Knochentanz" and the unadorned beauty of "Schön Rund" - riding a glacial melody Neu! and Harmonia guitarist Michael Rother would've been proud to call his own - proving particularly irresistible.

And with that, the story of the original Faust was over (the band reunited in 1994 with a different line-up). Having exhausted their label's patience and budgets, the band famously had to dash away from their swanky Munich residence without settling their bill, with the master tapes for Punkt secreted away from the studio. Not for the first time, the band's legendary exploits ultimately over-shadowed the music - an injustice the often jaw-droppingly unique and richly rewarding music captured on the 8 CDs or 7 LPs and two singles of Faust 1971-1974 deserves to change for good.