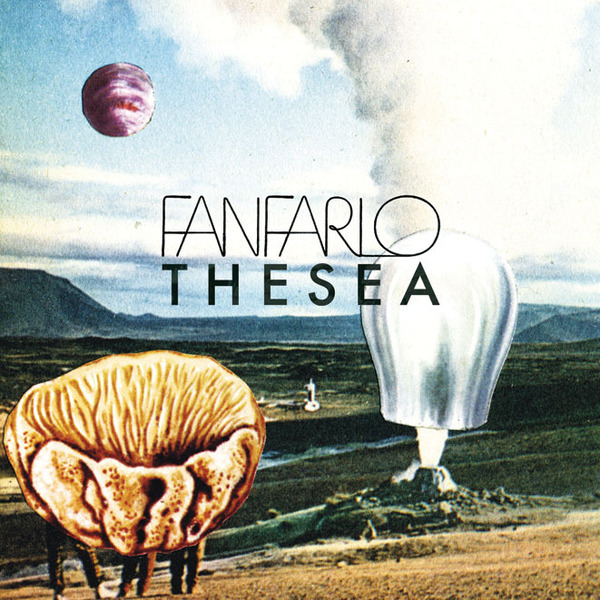 The first time I encountered Fanfarlo was while working as a runner on a shoot at the short lived Hinterland festival in Glasgow when I was 17. We filmed them playing under a bridge that crossed the River Clyde and it was one of my first experiences of working in music and the second time I’d properly hung out with people who are now my good friends. As a result, their debut record, Reservoir, brought back some really lovely memories.

Since that session under the bridge, I’ve changed and from the sound of their new EP, The Sea, so have Fanfarlo. Without the emotional connection, their subsequent efforts, like 2012’s Rooms Filled With Light, have made less of an impact, while still providing the same kind of off kilter indie-folk that their debut introduced. Thankfully, The Sea, sees them moving a new direction but not an entirely cohesive one.

Opening song “A Distance” has an almost 80s feel to it. An upbeat, electronic number, it features layered synths and a huge chorus that wouldn’t feel out of place at the climax of a John Hughes coming of age movie. The title track feels much more familiar; it’s slower and has a lilting vocal melody that’s hugely evocative of the waves its describing. The themes of escape across the ocean, or by road, leave one feeling almost wistful.

Closing track “Witchitaito” is sadly a weak way to end, an almost instantly forgettable, wishy-washy mess. It brings to end four songs that don’t really feel like they’re part of the same collection. It will be interesting to see if this more electronic feel is merely an interlude, or if it’s a stepping stone to something even further away from their roots. With a new record due next year, the new Fanfarlo have got a lot to prove.