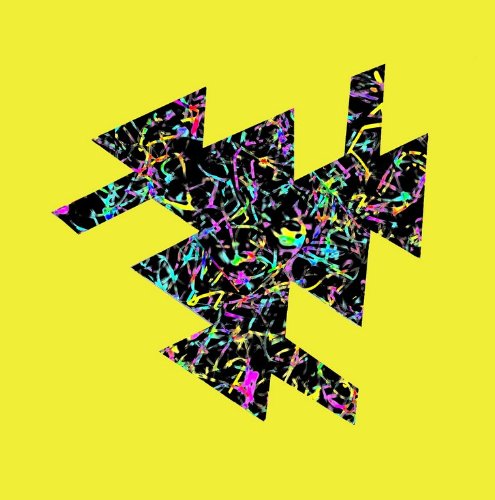 It seems remarkable that London three-piece Factory Floor are only now releasing their debut album. The band has been around since 2005, with the line-up cohering in 2010 when original member Mark Harris left, with replacement Nik Colk then joining Gabriel Gurnsey and Dominic Butler. This is a band whose presence has long been felt, whose releases and live sets linger, trailing behind them a sense of unease.

Opening track ‘Turn It Up’ – its title a handy user instruction – begins with a sparse beat, pulsing and metronomic. Counterpoint rhythms kick in, as Colk’s vocal, disembodied and frankly a bit creepy, asks “What is a good way to start?”. Like in much of what is to follow the air is thick with foreboding, an atmosphere of aurally-rendered alienation that also infuses ‘Here Again’, ‘Fall Back’ and ‘Two Different Ways’.

On the longer tracks (broken up, in a nice bit of pacing/album programming by three snippet-length mood pieces, ‘One’, ‘Two’ and – yup – ‘Three’) repetition is used to greater effect than by any other band around at the moment that I can think of. Rhythms and pulses, usually rapid, frequently tough and more often than not cold, pin together these glass shards of music, hardening and softening, getting louder and more insistent or occasionally ceding the foreground to the sinister treated voices that can flip from monstrous to child-like in a moment.

The album does offer up surprises, too, from its cold grey depths. The first of these is how dance-friendly much of this music is. ‘Fall Back’ hints, darkly, at dubstep with its deep woozy rhythms, ‘Turn It Up’ is curiously toe-tapping despite the unsettling exhalations and sparseness, and the outstanding ‘How You Say’, offers such a frantic pace with its percussive static crackle that it’s close to euphoric.

Hints of humanity and humour also emerge. Closing track ‘Breathe I’ drawls “Alriiiight”, with an playful inflection that is both cool and detached yet unmistakably perky. ‘How You Say’ too, with the upward swoops at the end of several of the vocalised phrases, implies a sense of fun that wouldn’t be the most obvious first impression of the band.

Drenched as the album is in cold electronica, ‘Two’’s use of electric guitar (short, pained, random-sounding striations) is a further surprise, and another effective way that the band seem to have found to shake up the track order and sequencing. In the main, though, Factory Floor’s music is distilled down into three elements. Rhythm. Synths. Vocals. That they make something so evocatively alienated, so compulsively unknowable and so bleakly irresistible from simply this is a sharp, uncompromising, emphatic victory.