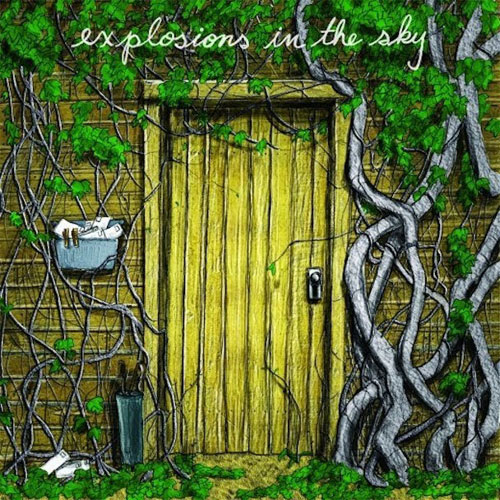 Here we have an album title that smacks of a last goodbye and yet, in a recent TLOBF interview, Explosions In The Sky assured us it won’t be their finale. Guitarist Michael James pointed out that despite this fact “it does have this emotional pull to it of ‘goodbye’. Even if it’s for five minutes or five years, there’s always an emotional component to a goodbye”. He also pointed out that by repeating the title three times “the words begin to blend together and ‘Take Care’ becomes ‘Care Take’, so we’re taking care of each other and saying goodbye and it just had this very sweet and sad feel for us, which really matched the tone of the songs”. Good news then because this particular collection of tracks has all the trappings of a post-rock masterpiece and is certain to leave fans of the genre craving more.

This is the band’s sixth album, and there is more of an encompassing rise-and-fall nature to the songs than we have bared witness to previously. They have threaded elements of dance and pop into the mix to grant us a healthy glimpse of their current collective states of mind. This is particularly noticeable on the tracks ‘Trembling Hands’ and ‘Be Comfortable, Creature’. The former is a short little ride though furious chanting to a driving rhythm that plants crescendos that peak and soaring bass that lifts you up high where you can throw shapes unnoticed, whilst the latter, an initial saunter down a sun-streaked forest path, leads to a neat free-falling riff, a flurry of electronic touches and a series of 65daysofstatic dancing beats.

Like all good albums there are emotional peaks and troughs. You’ll dip down as you feel the pain of the gorgeously mournful, tender touches of ‘Human Qualities’ and ‘Postcard From 1952′ which both have a see-through frailty about them. You’ll hear tapping fingers on pages, jogging feet, slow breathing through the nose, a rise in pressure inside your ears. Like paper-skin, the threaded veins of strings and gently pulsing heartbeats show through to speak of tough times in the many languages of music. You’ll climb up and marvel at ‘Last Known Surroundings’ which feeds tribal pipes, chiming keys, cyclical riffs and a persistent snare into the echoing machinations of a vast industrial mill to create a hedonistic wall of sound.

If there is anything missing here, it’s a lack of shocks. Only those brief moments of industrial psychedelia really make your jaw drop. One of those moments occurs as the countrified pop and bleak desert rock of ‘Let Me Back In’ bids you adieu. It’s a warped groan combined with a jarring reverse vocal and it’s almost enough, on it’s own, to make up that deficit. Whether it hits you hard or not you’ll still find youself sitting in momentary silence. So, as you exhale, a breath you didn’t realise you were holding, and press play once more, to allow yourself another pass though the picturesque scenery of yet another classy Explosions In The Sky album, do consider whether it’s their finest. Hyperbole maybe but, from this reviewer’s perspective, it certainly comes close.