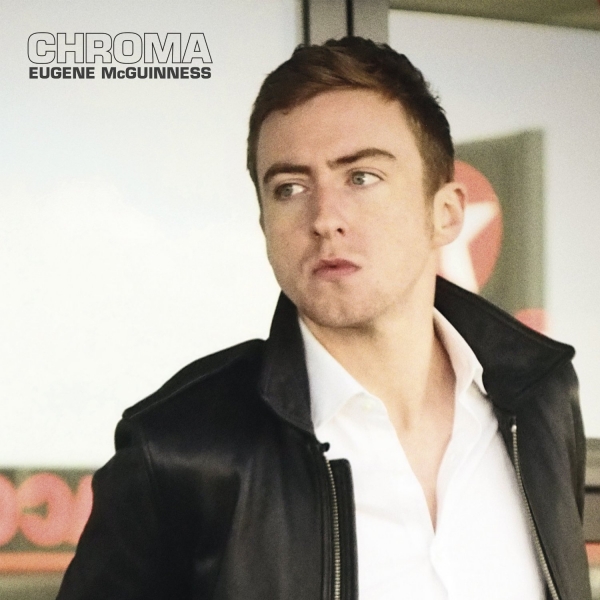 There has been a bit of a radio silence from Eugene McGuinness of late, but after a writing hiatus it seems the singer-songwriter has been off stripping back the layers - Chroma, his fourth studio album, tries significantly to pare down the pop.

Whereas 2012’s The Invitation to the Voyage felt slightly formulaic, the Londoner has been a lot less obvious about polishing the production on these 11 new tracks, resulting in a much looser sound. It may all be part of a cunning ruse to push McGuinness through a more psychedelic lens, but Chroma does feel hazier with its strung out choruses and retro tones. Where the grit particularly tries to stick is in the guitar heavy sections, the muddier moments taking McGuinness into a darker, 60’s-influenced realm.

In adding a lo-fi treatment, the ante has been upped as Tom Herbert and Leo Taylor from Mercury nominated band The Invisible appear on rhythms to see in punchier hooks. The band’s collective chart credentials do occasionally sneak in on the indie though - McGuiness has after all previously played for Miles Kane and Taylor’s drumming can be heard on Adele’s smash hit “Rolling In The Deep” - and give away hints as to more mainstream origins.

Like “Shotgun” before it, new single “Godiva” is infectious to the point of needing to be quarantined as McGuinness’ voice pitches and heaves through seas of electric guitars. As a songwriter, he is effortlessly able to pen a radio earworm, but despite a good few belters he does occasionally go awry. “I Drink Your Milkshake” is one such song where the throwback sound becomes a bit too twee. A jaunty but catchy melody runs too close to the saccharine chorus and lyrics that croon out of the bridge, but it falls too hard into surreal and cartoon to be ignored. In comparison though, lengthiest number “All In All” is dreamy at a gentler pace. Delicate and spacious, here McGuiness’ softer side of stripping back is exposed.

As a body of work, Chroma goes someway to meet Eugene McGuinness’ mission statement to make “a direct, stripped-back guitar album”. It’s a more evolved release for sure, and with less it seems Eugene McGuinness can actually achieve more.