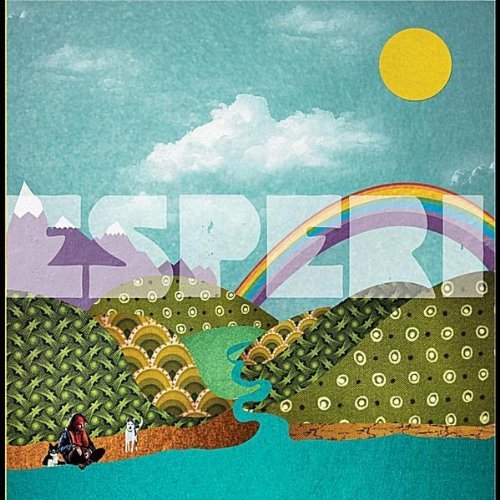 Esperi is the musical nom de plume of Chris James Mars, a Scottish multi-instrumentalist whose new full-length can only be described as a wonderful surprise filled with resplendent joy. In a Moment, Emotion, Sentiment is filled with whimsy, charm, tenderness and warmth, often at the same time, and it’s an ideal summer release that you can take your time peeling back the layers of.

The softer moments of Esperi can be likened to Sun Kil Moon, but there’s also a definite post-rock instrumental side that informs the music here. The songs never labour or even veer towards any level of rock heaviness, but the music is allowed to linger and develop for several minutes at a time to achieve the vision that Mars is reaching for.

Yet Mars always moves beyond the initial mood he creates to layer it further, making it into something more complete. ‘Silo the Fire’ begins with wind chimes for a full 90 seconds before a dull thud begins and invites a whispering vocal into the mix. A full five minutes later, cymbals crash and strings resonate for a completely different feel. Then all of a sudden the listener is once again alone with Mars at the song’s end. And that’s just the album’s opening track.

‘Nevertheless 1’ is a shortened musical interlude that breathes for a moody acoustic minute before breaking into ‘Nevertheless 2’ that brightens with its fingerpicking arrangement and female harmonies. Strings are eventually added and the song slows back down towards the end to create a small parenthetical statement within the greater whole.

The album does suffer from plateaus of predictability, since most songs on In a Moment inhabit the same uniform moods and instrumentation. ‘Lone Wolf’ and ‘Cats and Dogs’ are moments from the album’s mid-section and back end respectively that could have used some variation in sequencing or arrangement. Then again, Esperi offers a seasonal listen for precisely this particular disposition that it conjures.

If this music can be related to the album’s title, then one might say that Mars is only here for his own moment and sentiment. Esperi sees the workings-out of an artist exploring similar, familiar tones to his heart’s content, willing to leave the listener with the airy work that remains. In the end, In a Moment resembles the tender beauty of Doveman or Without Gravity. Unfortunately, albums by those artists, too, are frustratingly underappreciated.

Listen to In a Moment, Emotion, Sentiment