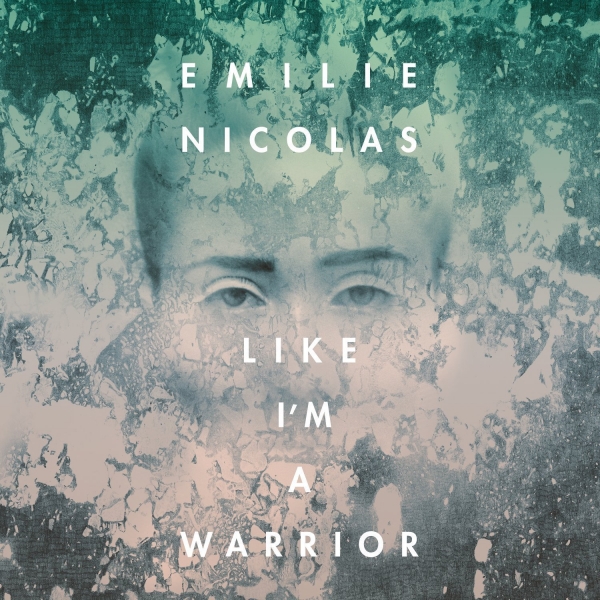 “I was trying to feel some kind of goodbye. I mean I’ve left schools and places I didn’t even know I was leaving them. I hate that. I don’t care if it’s a sad goodbye or a bad goodbye, but when I leave a place I like to know I’m leaving it. If you don’t you feel even worse.” J.D. Salinger, The Catcher In The Rye

These lines from a classic of the literary canon could easily feature on Emilie Nicolas’s astonishing debut album Like I’m a Warrior, which is also at heart a story of the rites of passage and specifically transition, whether that’s into adulthood, away from home or relationships.

But unlike The Catcher In The Rye’s protagonist Holden Caulfield, Emilie Nicolas is a much older, wiser soul. Yes, she’s introspective but certainly not insular; the stories have an innate universality about them that are remarkable. Sung in a voice of such power and tenderness, with brilliantly insightful lyrics and off the planet sophisticated production, these songs are like nothing you’ve ever heard before, and effortlessly jump from languor to intensity.

Despite reaching number one in her native Norway last year, it’s taken a while for her debut record to reach the wider world. It doesn’t feel like a debut, however - the ten songs here sound so poised and accomplished, perhaps because Nicolas decided she wanted to be a singer at the age of three.

From the first bar of “Nobody Knows” it’s apparent that her music defies classification. Starting with a slow-paced, minimal piano and her smooth, velvety rich voice, it documents the unexpected directions life can take (“Nobody told me it would get stormy"). Underneath the shimmer of her singing the juddering electronica is deceptively simple; there are double speeded drums underscoring it, but you’d never notice, so well is it executed.

“Melancholia” echoes the theme of continual movement starting with a breezy, jazzy lilt underpinned by tribal drumming and a deep, sonorous bass. ‘I went into the woods and got lost again/Though I knew it like the back of my hand/I didn’t want to leave, go back again/Drag my body down the same old path as them.” Such is her aversion to following a set path the words reveal she’d be prepared to become a ghost instead.

Her most famous song so far, “Grown Up” is a touching declaration of independence, “You don’t need to hold my hand, I’ve grown up.” It builds from a humble low volume which grows into a vast sound that’s incredibly immersive. We’ll get to the album of the year debate shortly, but “Grown Up” has to be a shot for the year’s best song and a career launching one at that.

“Fail”, is her most infamous song, because of its line “Don’t call me lazy, I go down on him daily.” Yet any notion that it’s a cause célèbre is a misnomer, it’s all about love and sensuality. The line “You don’t know how I get him up in the sky, I don’t even touch the cloud boy”, is sung over at least three different musical styles, including big beat, electronica and house and weave into each other seamlessly. Her voice magically manages to sound excited, defiant and nonchalant over the space of three and a half minutes.

It closes with the heartbreaking “Put Me Down” which returns to the theme of transition, “Isn’t this my cue to leave?” Sonically the music and voice sounds like they’ve been submerged underwater, the dense banks of synths and her croon create an atmosphere of both ecstasy and melancholy.

I’ve not made comparisons with any other artists here and the reason for that is simple, Emilie Nicolas doesn’t sound like anyone else. Like I’m A Warrior is an astonishing body of work, showcasing her ability to inhabit her own singular universe and make the listener feel like they live there as well. Its power, poise and panache proves the old clichés are often true – the best things are worth waiting for.

2015 is shaping up to be the year of the album and seemingly every week we have another contender, which is also the case here. I’m just glad I don’t have to pick the winner.