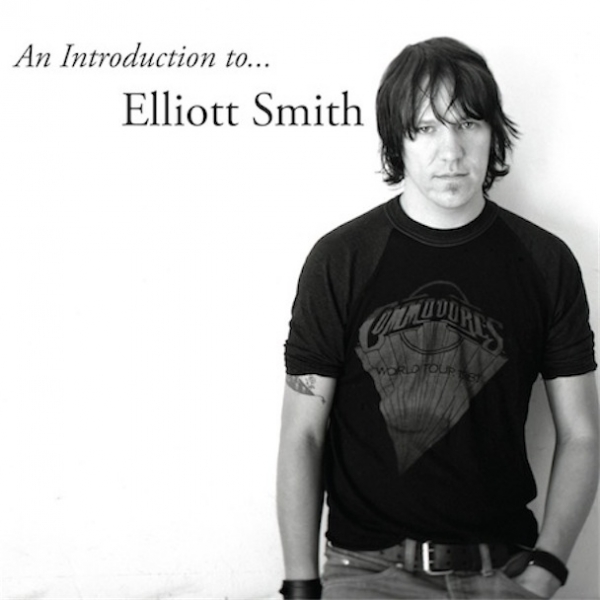 It’s seven years since Elliott Smith, one of the world’s greatest songwriters, passed away. In the decade before his death, Smith had a successful music career with his lo-fi indie-folk. He released seven studio albums, all of which were stained with his irreplaceable, melancholic heart-on-sleeve lyrics that reflected his troubled state of mind. To mark the anniversary of his death, Domino, the last label Smith was signed to, is posthumously releasing an introduction to his songs for the next generation to enjoy.

A refreshing method for choosing the track list makes this compilation a genuine introduction to Smith’s vast catalogue; rather than copping out by putting all of the big singles together on one disc, Domino has picked both singles and album tracks from varying stages in Smith’s career. There’s a heavy selection of songs from Either/ Or (1997) including the single ‘Ballad Of Big Nothing’, a bipolar acoustic track that subliminally invites listeners to sing along, and the softly finger-picked narrative ‘Angeles’.

An Introduction… also showcases Smith’s variation in sound. Unlike some modern indie artists, he didn’t half-heartedly play a guitar to look cool while singing weak lyrics. Instead, his music always seemed to come from his soul. Both ‘Waltz #2 (XO)’ and ‘Pretty (Ugly Before)’ feature honky-tonk keys that add depth to his bassy sound. ‘Twilight’ is doused in sorrowful strings that capture the mood of the song perfectly. The only track to be taken from Roman Candle, Smith’s first solo album, is the painful yet alluring ‘Last Call’. It’s a twisted, sinister song where wavering, caustic electric guitar mimic the raw emotion in the vocal line. ‘Angel In The Snow’ perhaps Smith’s most beautifully melancholic song, features towards the end of the album, leaving listeners engrossed, moved and wanting more.

Elliott Smith was, and still is, a hugely influential icon of alternative indie folk. Though his work isn’t the sort of thing you’d hear at an all-night disco rave, there’s something incredibly endearing about Smith’s striking melancholy and emotion-capturing music. An Introduction…offers, as promised, a fine selection of work by the much-missed but never forgotten Elliott Smith. Here’s hoping it allows more people to fall for his unexpected charm.