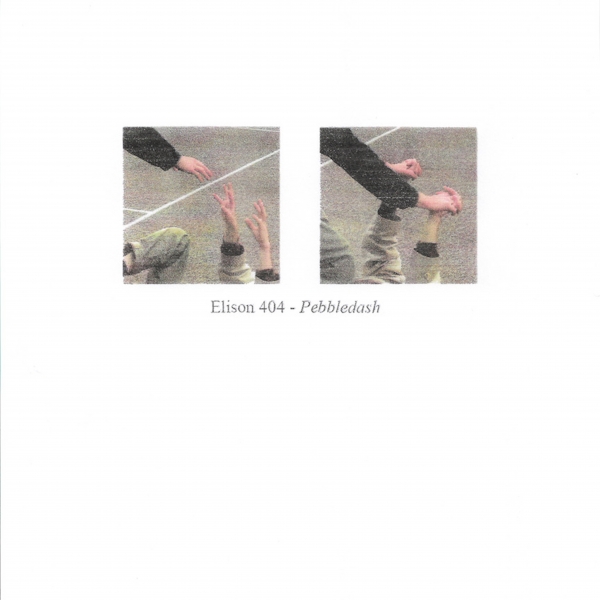 Under the moniker Elison 404, Eliot and Sonny of South-London collective 404 Guild offer up a smattering of anxious, unrelenting hip hop-fused rap in debut album Pebbledash.

Following the collective’s hiatus last year in the aftermath of the personal, tragic loss of 404’s founding member Mina aka Silvertongue, the pair formed the subsidiary as an outlet for creative ideas.

Named for the ugly lime-sand-gravel slurry that plasters the face of city housing, the 13-track release sees the duo expose their own anxieties, armoured in gritty, half-spat vocals and a current of unrelenting, soulful vigour. As they adopt a bold stance and embrace an uncertain future, Pebbledash delves into feelings of grief and love and overarching confusion in its disjointed nature, curated from a mash-up of samples from favourite songs to boxing matches.

A testament to the talent within the collective, Elison 404’s debut embraces the ugly, unkind truths of living whilst simultaneously holding on to the beating refrain of “joy not fear” established in album opener “Perfect Dark”. With an array of guest vocals from friends-turned-collaborators, the record’s centerpiece “Feeling of Presence” muses on falling in love with Popian idiom “fools rush in where angels fear to tread”. A line utilised by the greats, from the likes of Sinatra to Elvis, Elison 404 hold dear to the thought that amidst life’s confusion, hope really does spring eternal.

Determined to map out their own future, with a sound that sits somewhere between the rap-led musings of Yung Lean and the discordant nature of Ricky Eat Acid, Pebbledash sees an expansion of a collective that have found their stride in an anxious world. Tinged with melancholy and moving between haunting synths, confessional lyricism and off kilter jazz melodies, the pair bare their own frustrations as track “Government Name” half-states, half-hopes “it ain’t always gonna feel like this”.

Amidst minimalist bell chimings and bird song, fellow Dirty-Hit signed Gia Ford provides a welcome break from the intensity of the record as her dreamy vocals provide a nostalgia-tinged breather in “PS2”. “I’ve been tripping over lately in the strangest ways” she croons, as the never-too-far-away feeling of uncertainty rears its head once more. Closing in a dystopian future, a computerised voice rings out “Seeking Tomorrow, Together”, with an uncomfortable suggestion of reassurance.

In this middle ground between anxiety and togetherness the foundations of the collective cements itself. From the joyous gang vocals in “Harvest Assembly”, to the album’s closing line “love’s always the same when you’re around”, there is comfort to be found in company and, even in unsettling times, Elison 404 find hope in unity.