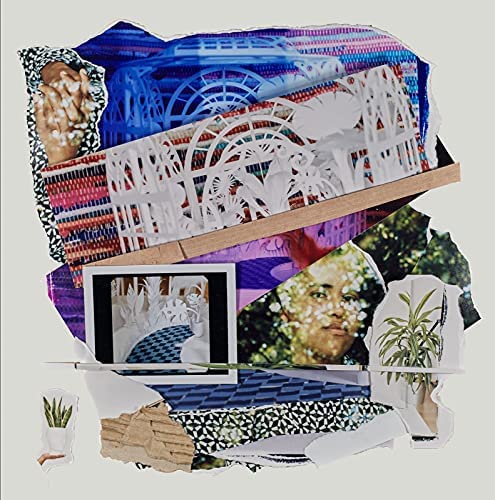 We Can Fall is Elan Tamara’s debut album, the product of several years’ work and a generous helping of collaboration. That’s something she’s no stranger to, having previously played keys for DELS, Toro Y Moi, Kwes and Tirzah, but this time she’s finally front and centre. The album shows real promise with its soaring indie-pop choruses, though overdone production does detract from moments of vulnerability.

The more conventional pianos, drums and strings are joined by an extensive ensemble including autoharps, zithers and omnichords, though this finds varying degrees of success: the earnest “Tubes” has a well layered crescendo, but all the (literal) bells and whistles are more jarring on tracks like “Always”, who’s intimacy feels somewhat intruded upon. Similarly, “My Eyes” and the titular “We Can Fall” struggle to find their footing at first, though both settle into much stronger endings.

As its name suggests, We Can Fall is a look at the human condition, from the blissful comfort of “Long Walks” to the desire for exceptionalism explored in “We’re Different”. “We can’t be / like the rest of / the ordinary,” Tamara insists on the latter - lyrics that are characteristically blunt, and determined to tackle their subject head on. That succinct style of writing is a strength across the album, cutting through the clumsier moments to deliver a voice that is unfiltered and unapologetic.

Tamara’s greatest triumphs are undoubtedly “Long Walks” and “Then You Say”, songs which sit beside each other on the tracklist and that share a confidence other numbers haven’t reached. Here, the synthesis of so many instruments is no longer self-conscious but cohesive, creating an almost anthemic sound to compliment Tamara’s outstanding vocals. They are preceded by “Ways”, the second instrumental piece and another album highlight; saxophone and piano respond movingly to one another, offering an instance of clarity and reflection before the enhanced second act. With moments of greatness like these, Tamara proves she is still an exciting force to be reckoned with.