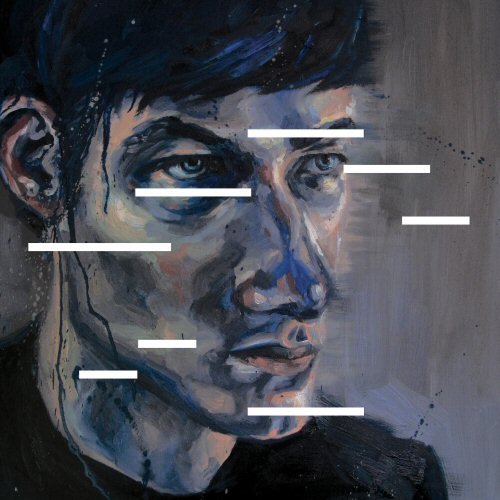 “Sonic architect” William Doyle, a London-via-Bournemouth twenty-something who’s better known by his East India Youth sobriquet, has confounded critics and onlookers over the past year or so since his debut EP, Hostel. Not in a bad way – far from it (people are generally supportive of his endeavours) – but his aural alchemy transcends a multitude of genres, combining disparate styles like ambient drone, synthpop, acid, goth-house and krautrock. It’s the sort of music that wouldn’t be amiss amongst the Arbutus roster – alien, but addictive, electronic carnage. Basically, people can’t quite find a hole to pigeon him in.

Now, after a lengthy bout of festivaling and interest-piquing, Doyle’s ready to pull the pin on his first full-length LP, Total Strife Forever. Though the moniker makes it sound like it’s Eeyore covering a Foals record, it’s not. Obviously. It’s a trance-inducing hallucinogen of an album; a guided tour of a fractured psyche; another world, another galaxy, shrunk and squished into less than an hour of CD space. Where Hostel put Doyle’s pipes on a pretty pedestal at the front of the sound, the lion’s share of Total Strife Forever is instrumental, or the words so mangled it may as well be. It’s an evolution away from Hostel‘s offerings, and perhaps a demonstration of his growth in confidence over 2013 that he doesn’t resort to the same formula in order to achieve success.

The album dawns with the despairingly-named “Glitter Recession” – as if an economic one wasn’t enough, now the guvmint is taking our fabulousness too? For shame. The track is a coolly climactic electronica ditty, with fragments of recent-era 65daysofstatic on display. Booming cinematic chords sweep through a glitchy melange; static is king. Oddly, through the fuzz and smog, hope pierces and illuminates the noise like sunbeams through stormclouds (forgive the flamboyance).

On tracks where vocals remain, like “Dripping Down” and “Heaven How Long”, Doyle sounds weary. On the former, a bittersweet electropop charmer replete with Blue Man Group rhythms and hymnal harmonies, his words get minced through a dreamy wringer: “Everyone tells you you’re bound to get better/ you’ll keep on living,” he croons through dancefloor-ready paraphernalia. “Heaven How Long” sees Doyle dabble with splatterings of witchy-type rumbles and dream-punk motoriks – imagine a sandblasted oOoOO or a stubbly Halls. Thematically, it’s the anti-Joy Division, but sonically, there’s more than a handful of comparisons. The result is a pristine marble veneer that’s as enervating as it is beautiful. It sounds like the Reflektor cover looks, if that makes any sense whatsoever.

One of the biggest features of the album is the “Total Strife Forever” suite. Hacked apart into four chunks and littered throughout the electric fauna, the tracks are avante-garde slivers of majesty. The first pulsates and throbs like your pinky does after getting slammed in a car door, and it’s abrasive, but not too much. Like the rough side of a sponge. It grows and swells magnificently, and though moments of shadows flicker, and it’s pretty minimalist, there’s still a burgeoning sense of strength and glass-half-full-edness. The second, much shorter, is an neo-liturgical elegy (minus words), with faux-organs and sampled choirs. Number three is a lot more psychedelic, maybe even buoyant. The fourth and final (also the album’s concluding cut) staggers into the fray wounded but ultimately triumphant. The four tracks, with almost no vocals, stir devastating emotions; in a sense, this is classical music. It’s not Mozart-esque, nor stuffed with violins, but it’s art music, designed to conjure a wealth of feelings and tell a literary narrative by way of mere notes.

East India Youth needs to give himself a hearty pat on the back. He should crack open the bubbly, buy a nice cake from Waitrose and treat himself to a one-man party. He deserves it. Total Strife Forever is breathtaking. It might get tough sometimes, lonely and desolate even, but Doyle’s catharsis will hoist you by the bootstraps into lusher pastures.