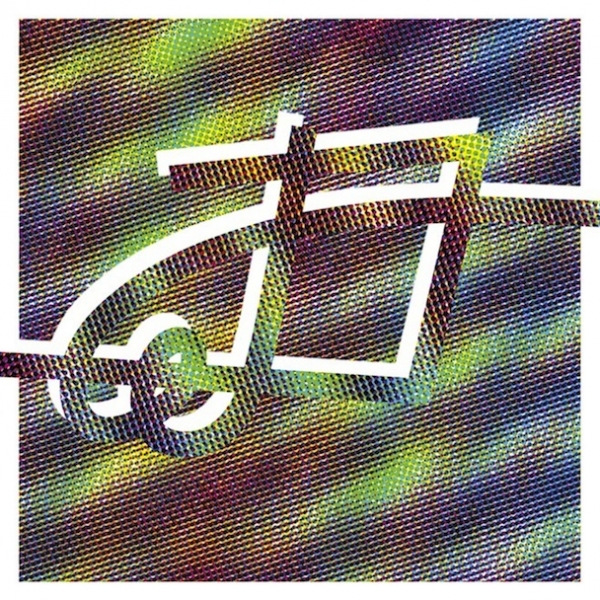 Anyone hoping to hear elements of the gritty guitar-infused rock of Wye Oak on Dungeonesse’s self-titled debut album are bound to be in for a shock. A welcome one, but still a shock nonetheless. Sure, Jenn Wasner’s soaring vocals breathe life and spirit into both diverse projects, but with Dungeonesse, her dulcet tones float over a funky, disco-pop pulse instead of the wistful, Neil Young-like Americana of her other band.

Wasner collaborated on Dungeonesse with Jon Ehrens, from fellow Baltimore band White Life, with the pair sending each other portions of songs which they would add sonic flourishes to until they were complete. And what arose out of the project is a fresh, upbeat batch of slick R&B-inspired jams that are clearly indebted to many past eras of pop music, while still managing to sound entirely modern and original in the process.

The album launches playfully with the vibrant, Mariah Carey-like bounce of ‘Schucks,’ which has plenty of buoyant echoes of Mimi’s ‘Fantasy’ layered within its luxuriously textured synth strains, while Wasner is clearly having fun delivering the track’s self-assured but decidedly frisky lyrics. That lighthearted spirit courses through the entire record, injecting these songs with a translucent charm that makes them light as a breeze while still maintaining a club-anthem cool that will have everybody nodding their heads, no matter what side of the indie/pop line you stand on.

The rest of the album sashays on by with very few missteps, even though both artists find themselves a fair way outside of their musical comfort zones. ‘Drive You Crazy’ is an unquestionable pop gem, with Wasner’s vocals quickly adapting to the rapid fire beats generated by Ehrens, while the moody ‘Show You,’ still maintains a lively effervescence within the hazy synth cadence. ‘Private Party’ would sound perfectly appropriate playing in a nightclub or roller-skating rink (remember those?) in any of the past four decades, with a distinctive twist on the best that pop, disco, R&B, and soul have to offer.

While the contributions from both TT the Artist and Baltimore emcee DDm both sound a bit forced and out of place on a project that doesn’t need any outside help, they ultimately are such minimal blunders that they pass by without dragging these dynamic tracks down. The best part of this record is that no matter how indebted these songs are to the Top 40 pop hits of yesterday, this collection never approaches pastiche, with both Wasner and Ehrens percipiently aware of the imaginative direction they want these jaunty numbers to take.

The record also manages to stylistically capture the beginning, middle, and end of a fabulous night out in the city as well as the fitful elation and heartache involved in any love affair. ‘Shucks’ seems to handle the primping involved in any foray out on the town, while ‘Private Party’ and ‘Nightlife’ both capture the energy and endless possibilities that lie just beyond the door of any club. And ‘Wake Me Up,’ ‘Cadillac,’ and ‘Soon’ all convey wanting something real and tangible after the craziness dies down and the artificial sheen of the city gets scrubbed away by the daylight.

There’s no telling what the lasting power is for a project like Dungeonesse, with both Wasner and Ehrens having other bands to fall back on. But if this ends up being just a fanciful one-off, what a splendid and stunning sonic detour this was. The Baltimore duo boldly and confidently stepped way outside of their own respective musical boundaries on this project, and crafted some irrepressible pop treats of their own that don’t have any hints of the saccharine toxicity and self-seriousness that plagues much of the mindless hits of today. Dungeonesse have brazenly managed to distill the best parts of modern and classic pop radio down to a sweet, everlasting core while creating their own sparkling, sugary sound in the process.