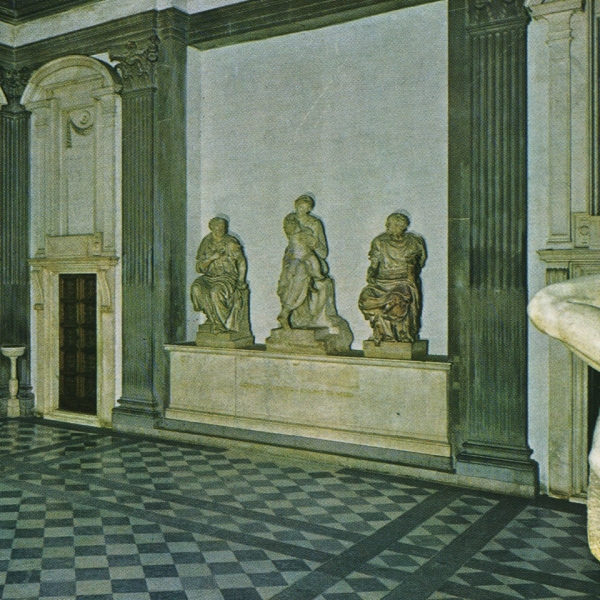 Ducktails, the vehicle for the solo songwriting of Real Estate guitarist Matt Mondanile, have been releasing pleasingly bleary-eyed psych-pop records since 2009; in fact, Ducktails existed long before Real Estate, Mondanile having assumed the name in 2006.

It may seem a little odd, then, that this is still so often seen as a side-project, and that Ducktails are almost always described as “featuring the guy from Real Estate”, rather than other way around. Maybe their new record, St Catherine, will provide a few clues as to why this seems to be the case.

As one would expect of one of the men responsible for the gorgeous soundscaping and interleaved guitar work of such beatific masterstrokes as “Easy” and “Talking Backwards”, the sound of St Catherine is consistently lovely. Everything we hear in the 31 minutes between the lilting sway of instrumental opener “The Disney Afternoon” and the soporific fadeout of “Reprise” sounds meticulously placed and engineered to better serve the overall timbre of the record. Every drum hit, every guitar strum, every wonky, flangey synth occupies its sonic pocket perfectly.

The problems with St Catherine only start to reveal themselves when one examines the bit in between the minute details of each instrumental part and the overall sound of the record – the songs. Mondanile sounds so laidback, so content to bathe in his warm, bubbling pools of chorus and reverb that he’s actually forgotten to write any verses or choruses, indeed any real structure at all, into many of the tracks here. On several occasions a track will start with great promise, propelled by a handy guitar riff or loping drum groove, then just sort of… drift (“Into the Sky” is a prime example of this). For this reviewer at least, this has been a recurring flaw of each Ducktails release so far.

Most of the time, this doesn’t really matter – this isn’t an album to listen to for its anthemic choruses or incisive lyrics (and a good job, too, bursting as it is with such inanities as “Remember/December/And you’ll know why/The winter, it lingers/Into the sky”). Mondanile’s sense of instrumental nuance is sharp enough to excuse his more absent-minded songwriting tendencies. But the thing is, we know Mondanile is capable of so much more.

One hates to make the comparison with Real Estate, but their last two records demonstrated just how good a guitar player Mondanile is, and how well he works in a more focused, song-driven context. It may seem lazy to hold up St Catherine alongside Days and Atlas; after all, this isn’t a bad album by any means, and so surely deserves recognition as the work of a completely separate entity to Real Estate. Yet, too often, Ducktails actually sound like a side-project, each album a collection of very accomplished but noncommittal sketches anchored by the odd decent single (“Headbanging in the Mirror” is the one on this album). This is so nearly a brilliant record – Mondanile just needs to wake up a bit.