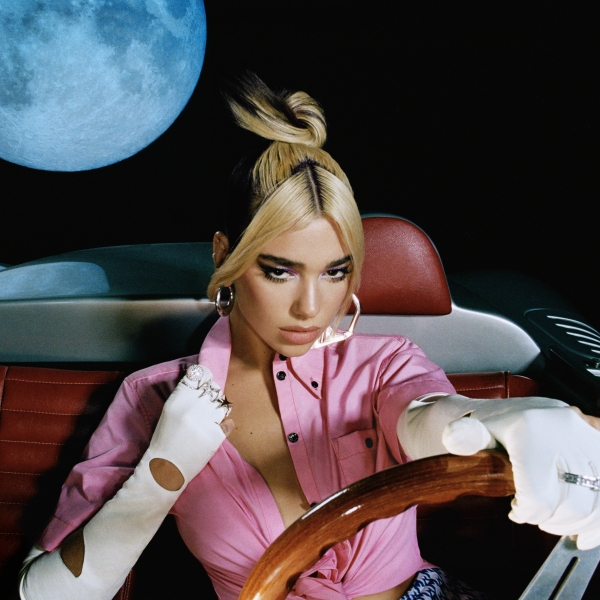 “You want what now looks like / Let me give you a taste”. This line on the titular opening track of Dua Lipa’s sensational second album, Future Nostalgia, feels like she’s rightly accepted her place as the greatest pop star of this generation.

That might sound like hyperbole but, then again, is it? From the minute “Be The One” sprang out of nowhere in 2015, it felt like we were about to witness something special; a popstar both in tune with the times and ready to carve her own path. Then, in 2017, “New Rules” turned Dua Lipa from an industry secret to a global superstar. She became an artist that sets trends, with “New Rules” copycats still coming out of the woodwork today.

Of course, she wasn’t the only one doing so. The likes of Charli XCX and Christine and the Queens were bringing something new and exciting to mainstream radio, but they've always enjoyed life at the fringes. Dua Lipa, however, was right up front, with a crossover appeal that’s difficult to explain.

Who else would duet with cult indie legend St. Vincent and guest on a BROCKHAMPTON remix while also performing at the UEFA Champions League final, enrapturing an entire stadium of football fans singing along to “One Kiss”? This is what set her apart. That ability to create art that feels and sounds cool, without ever being too try-hard. That St. Vincent duet at the 2019 GRAMMYs felt just as natural as her collaboration with Mark Ronson and Diplo.

Future Nostalgia is Dua Lipa cementing her status. She’s already created this decade’s perfect workout song (complete with workout video) with “Physical” and single-handedly brought back the woodblock (“Don’t Start Now”), but each song here is so meticulously crafted that any could’ve been the lead single.

The likes of Prince, Moloko and Chic have their fingerprints all over these 11 songs. It’s peak disco-revivalism, with “Levitating” feeling right at home in a roller disco. But it never feels like she’s copying other people’s homework. Even when she’s sampling INXS on “Break My Heart” or White Town on “Love Again”, her creative voice is always at the forefront, building fantastic bangers.

“Pretty Please” is a stripped-back slow burner that lets the thumping bass and shimmering guitars take you to a dancefloor right before the lights come up. “Hallucinate”, meanwhile, is a blissful early ‘00s club floor-filler. The kind that gets limbs and sweat flying everywhere with abandon. “Cool” is the only real misstep. It lacks that Dua Lipa personality; as though you could quite easily paste someone else’s vocals in and it’d still be a perfectly fine summer bop.

It’s the kind of unabashed frankness of tunes like “Good In Bed”, featuring a line about getting the “good pipe in the moonlight”, that drives a great Dua Lipa song. From the title track's “I know you ain’t used to a female alpha” to the dismantling of the patriarchy on “Boys Will Be Boys”, it’s this approach that makes her tunes more than just club bangers. Even when she swings to socio-political issues, it fits seamlessly.

Bores argue that all pop music is copy-paste manufactured, but if that’s true, then why doesn't all pop music sound this incredible? Future Nostalgia is an artist in total control. It’s built on such an addictive carefree spirit that it’s hard not to let loose and go with it. The greatest pop star of this generation? That’s for you to decide. But Future Nostalgia makes a very convincing argument that Dua Lipa just might be.