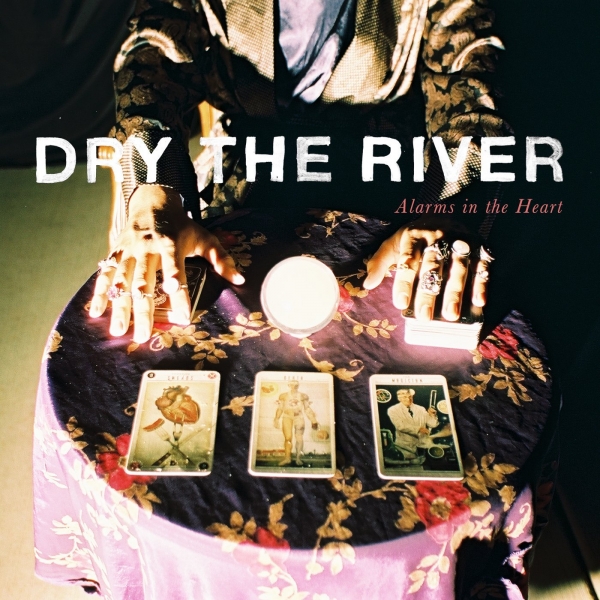 Two years since getting themselves signed up by a record label and releasing their first album Shallow Bed, hardcore folk outfit (kinda works, right?) Dry The River have returned with an arguably finer follow up in the shape of Alarms in the Heart.

Now, the Stratford-based troupe are striking out as a foursome after announcing in February that violinist William Harvey had left the line up to pursue other projects. His departure is not to the detriment of the ten-track LP though, his parts having already been laid down early in 2013 during a rural retreat to Iceland with heavyweight producers Charlie Hugall, Paul Savage and Peter Miles (who between them have individually worked with likes of Florence and The Machine, Mogwai and We Are Ocean). Despite the last minute change of personel, on record the band display as strongly as ever their unique talent for beautiful sentiments through dynamic, almost hymnal delivery, a trick which previously set them aside from other, more straight-up folk acts.

Title track and single “Alarms in the Heart” opens proceedings with decidedly cute refrain, unfurling in to something much darker when the guitars kick in (a Dry The River signature move if ever there was one). If there’s one thing they’ve made clear before, it’s that they can build a song into an emotional frieze before a burnout fade with the best of them - “Alarms in the Heart” is no different.

Scottish singer-songwriter (not to mention former Delgado) Emma Pollock and frontman Peter Liddle work well together in tortured duet “Roman Candle”, whereas elsewhere songs like “It Was Love That Laid Us Low” - perhaps influenced by the ancient creative inkwell that is Iceland - feel traditional in their soaring vocals, but are overlaid with intriguing, hazy guitars and arcing strings arranged by native composer Valgeir Sigurðsson. The delicately composed “Gethsemane” is of a similar ilk, as is the heart-aching “Bible Belt”, on which Liddle’s voice speaks for itself when it comes to ability to pour one’s heart into music.

“Rollerskate” further fits this nostalgic catharsis with its rallying lyrics of “I couldn’t want you more than this” ringing out more forcefully each time. In comparison, “Everlasting Light” feels like a positively jubilant shot of Americana as the band go for a welcome ramping up of the tempo. The album plays out on the epic “Hope Diamond”, which at at 11 minutes long is perhaps a little indulgent, but an apt ending for a band who have themselves come a long way nonetheless.

You’d be hard pushed to find anything ground-breakingly different from Shallow Bed here, but that’s about as major as criticisms of their return get. Dry The River have here proven that they hold their own distinct niche in our record collections, and are settling in to it nicely.