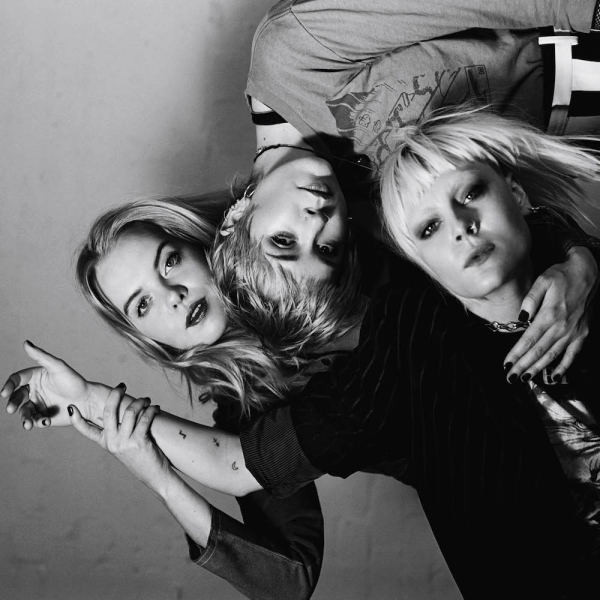 Here to prove that guitar music isn’t quite bereft of life, Icelandic-Brightonian trio Dream Wife deliver their debut full-length, a punk-punched festival of empowerment ablaze with brash bangers fit for the indie disco.

Guitar, bass, a standard drum kit and some self-assertive vocals. It takes a lot to be successful with solely this set-up in 2018, but Dream Wife are evidence that you don’t need to follow the fad of big production to make a lasting impression. Rock’n’roll can live on without a synth progression, and you don’t need slick pop beats to drop a track that bangs louder than your new neighbours.

Applauded for their thrilling live shows, Dream Wife’s reckless stamina sustains onto their debut record, combining both the blistering energy of ‘90s alt-rock and the lustrous pop hooks of the ‘70s with a millennial twist.

The self-titled LP is an eleven-track gang of anthemic punk tunes. Sometimes riff-charging indie-pop, sometimes strikingly confident grunge; guitarist Alice Go takes us on an expedition through the ever versatile sonics of the electric guitar.

Dream Wife is a fierce finger to the patriarchy for a fresh and socially aware generation. Bass-driving single “Somebody” casts a firm dig at victim-blaming, particularly within the music industry. “You were a cute girl standing backstage / it was bound to happen”. While the vocally expressive “Act My Age” depicts the attempted oppression of autonomic, courageous women via flawless harmonies and climaxes, not too far a cry from recent cuts by Wolf Alice.

A celebration of female sexuality gives the album its lively backbone. Opener “Let’s Make out” is a sexually-charged cut of raw hedonism. Its sister, latest single release “Hey Heartbreaker” follows suit, a sugar rush of fuzzy guitars with an infectious hook for bedroom belt-outs.

Despite their focus on confidently fierce empowerment, Dream Wife recognise the power of femininity in all its forms. Honeyed naivety is exposed alongside feminist fire in tracks such as “Love Without Reason”, baring all with softer lyricism. “Let’s be kids and fall in love”.

Lyrically we never unearth anything groundbreaking or of particular length, but with the obvious influence of the riot grrrl movement, hooks are rightly short yet empowered, with a give-a-fuck attitude and concisely-packed melodic flair. It would be favourable to perhaps see some more intriguing songwriting in the verses, to make a minor critique.

The diversity of the three-piece as a ‘guitar band’ grows evident upon second spin. Quirky indie-rock riffs (“Fire”, “Kids”) drive alongside the funky, flirty guitar lines of the likes of "Taste".

Undoubtedly the heaviest cut of the album with blazing guitars and near-screams of vocals, “F.U.U” is a fitting finale for the band’s ‘fuck you’ message. Lead vocalist Rakel Mjöll’s gutsy intensity here climaxes as the main draw of Dream Wife, with offerings of unique, soft tones alongside roars of authoritative noise throughout the record.

Guitar music is dead? Maybe you should listen to the ‘Wife.