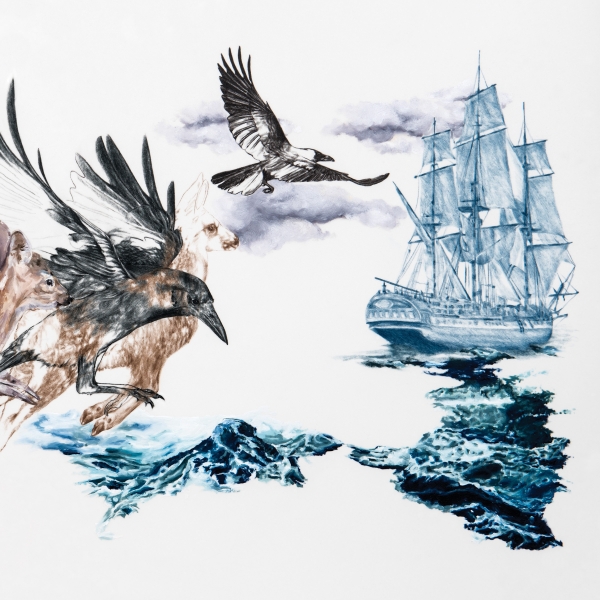 As if a Bat-Signal on the CN Tower was lit up, the Toronto guitar leagues have been summoned, and Do Make Say Think wander back from the wilderness of hiatus with their first album in eight years.

Also running to indie rock’s rescue after a similar quiet spell is Broken Social Scene, the collective with whom Do Make Say Think share members Charles Spearin and Ohad Benchetrit. Both camps had taken their respective premises -- one a small orchestra’s worth of players making rock music, the other a rock line-up building orchestral narratives -- to considerable lengths by the advent of their last records. One now has to squint to recall a time at the end of the ‘90s when Do Make Say Think appeared to be a cryptic jazz counterpart to the dystopian overtures of Constellation labelmates Godspeed You! Black Emperor.

Stubborn Persistent Illusions germinated slowly and was written and recorded between 2014 and 2016. It isn’t a document of continuous development in the same manner as the back-to-back & Yet & Yet and Winter Hymn Country Hymn Secret Hymn were, but Do Make Say Think can still grow together. On Winter Hymn they declared “War on Want”, and here “War On Torpor” burns off the titular slumber, wasting no time getting reacquainted with a trademark frantic crescendo. They have never lingered too long in the moment, and don’t start here. Through cinematic wanders (“Horripilation”), two-part stargazers (“Bound”, “And Boundless”), and sentimental finales (“Return, Return Again”), their leaner instincts are always there to pull the rug out from under the gathering grandeur.

Musical statements like this, able to carry so much weight yet move so freely, and all without saying a word, are few and far between. The title and loose concept for the album stem from “an image in a Buddhist poem about working with a wild mind,” and Stubborn Persistent Illusions finds Do Make Say Think returning as restless and reaching as they’ve ever been.