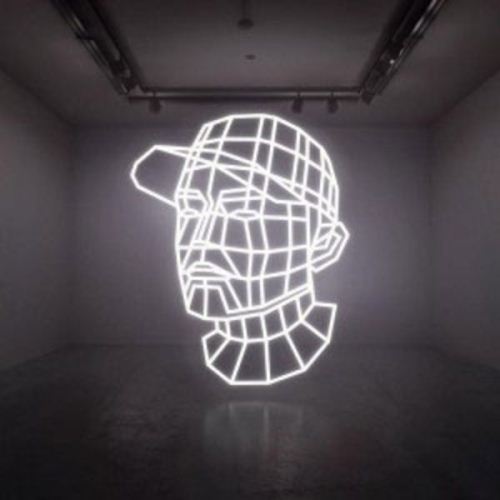 In November of 1996 24-year-old Joshua Davis released a Frankenstein’s monster of an album, pieced together through the words and music of others. Endtroducing, and DJ Shadow, introduced the world of sampling to a whole new generation.

Fast-forward 16 years and cue the release of Reconstructed, a best of collection of Shadow’s work in that period, and evidence if it were needed that this is a man who created an album so damned iconic all that time ago that he’s fallen short of that peak ever since.

The Endtroducing tracks that appear on this two disc collection still sound fresh. These are tracks that have been picked apart, Wikipedia articles dedicated to extrapolating what sample came from where. The creation of WhoSampled.com owes a lot to Shadow’s recordbreaking record. It was, and still is, a stone cold classic.

Shadow spent six years experimenting with other projects – film soundtracks (his theme to Marc Singer’s Dark Days closes the second disc), production work with UNKLE and releasing past singles – before he laid down another album.

It’s likely that this was a tacit admission that the daunting task of following up his debut was too great to consider even for him. It’s understandable – this is a man whose obsessive passion for music puts him in a very select group of musical aficionados. He wasn’t just going to churn out Endtroducing part two.

Those later albums – 2002’s The Private Press, 2006’s The Outsider and 2011’s The Less You Know the Better – never achieved that same cultural resonance. But Reconstructed does a great job of picking out the scattered highlights of Shadow’s post-Endtroducing years.

‘I Gotta Rokk’, with its jarring rhythm, shows how Shadow is deft at turning his hand to a straight-up banger; ‘Six Days’ is a trippy affair revolving around an evocative sample from Colonel Bagshot’s 1971 track ‘Six Day War’. Despite his work patchy work with UNKLE, here it is represented with two of the best tracks from Psyence Fiction: ‘Rabbit In Your Headlights’ and ‘Lonely Soul’ are both powerful cuts given a sturdy emotional boost by the vocal talents of Thom Yorke and Richard Ashcroft respectively.

But the undeniable highlights here are those tracks from 1996. ‘Stem’ still sends a shiver down the back of the neck, while the extended version of ‘Organ Donor’ is so much fun it’s hard to put into words the smile it brings with it. Of course, ‘Building Steam With A Grain of Salt’ is just as grimy-yet-delicate as it was opening up Endtroducing 16 years ago.

It’s hard to recommend Reconstructed on its own, knowing that Endtroducing is widely available and still the quintessential DJ Shadow album. The truth is, Joshua Davis will always live in the shadow of his 1996 debut, which was his best of before he even knew it.