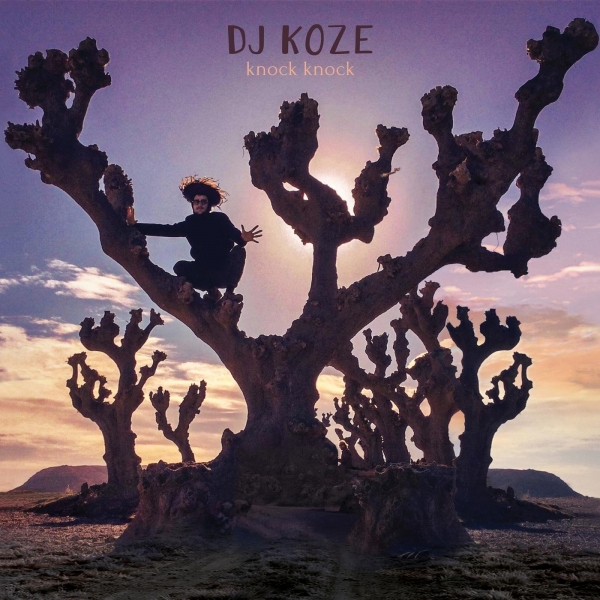 Electronic music is a genre misconstrued by many. They think of dance music as repetitive, emotionless music; a relentless 4/4 beat that is created just to keep the wide-eyed ravers from the comfort of their beds. Dance music is much more than that. It is a blank canvas without any limitations, and DJ Koze is an artist with a palette filled with a spectrum of colours and sounds.

DJ Koze is a producer and DJ revered by many for his genre-spanning approach to his music and his DJ sets, and his latest album, Knock Knock, is no different. It is a fearless record that trips between hip hop, soul, disco, folk and house without ever losing its composure. The album opens with the stirring strings and glittering woodwind notes of “Club der Ewigkeiten”, the classical instruments set-off by Koze’s subtle electronic soundbites that are sprinkled within the gaps. The first of many guests to step into the world of Knock Knock is Justin Vernon of Bon Iver. Although not a direct collaboration, Koze samples Vernon’s voice from “Calgary”, using Vernon’s wistful vocal to add an air of romance to the early-morning groove of “Bonfire”.

The beauty of Koze’s productions lies within their versatility. Their unescapable playfulness and soul makes them perfect for any situation; whether that is in your living room or a dark corner of a nightclub.

“I always aim for a kind of timelessness, and in my subjective perception timelessness means avoiding things and sounds. This is a much more difficult task than vice versa.”

“Colors Of Autumn” seems as if it has been given the wrong title; the infectious spring step steeped within its rhythm is buoyed by the jangling guitar chords, reminiscent of the blooming of the year’s first flowers rather than the falling of summer’s last leaves. “Music On My Teeth” sees José González let loose over a vintage guitar track, his voice floating over a distant instrumental, as if the chords have been unearthed from a dusty, forgotten vinyl record from the back of Koze’s crates.

The unmistakable voice of Róisín Murphy appears twice on Knock Knock, her striking vocal-nuance slotting perfectly in with the teasing disco sound of the album. The record’s feel-good hit comes in the form of “Pick Up”, a sun-bathed slow-burner that harks back to the days of “One More Time” and “The Music Sounds Better With You”. From here on in, the electronic influence begins to become stronger, trying to take back control from the psychedelic palette of instruments previously found on the album – the organic roots and machine built grooves constantly battling for supremacy over each other throughout the record.

DJ Koze’s love of experimentation never ceases, right up until the last note rings out on “Drone Me Up, Flashy”. It’s this passion for the peculiar that makes this album so bewitching; forcing the listener to return again and again to pick apart its various shades and subtleties. Koze’s superb imagination makes him able to mesh genres and styles that in the normal world shouldn’t work, but this is Koze’s world and we are just living in it – for now at least.