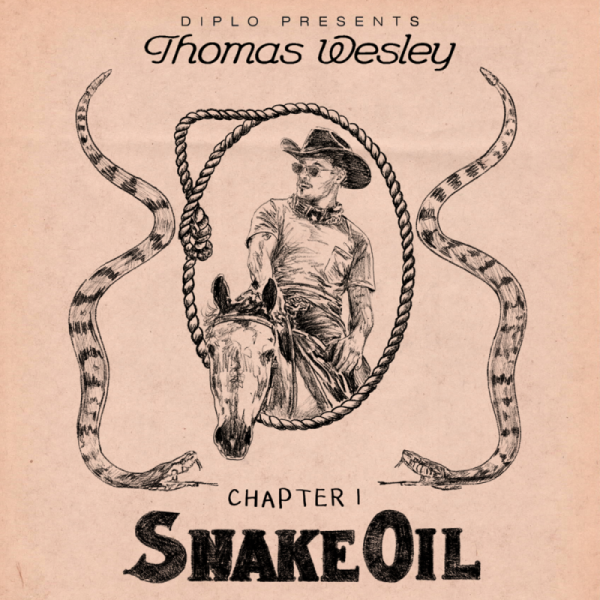 When Diplo announced Thomas Wesley Chapter 1, his full-length foray into country, he boldly promised “my kind of country will unite us all”.

The album itself makes few clear statements about what this unity should look like. It pays aesthetic lip service to the scope of contemporary country but suffers from a scarcity of country trap innovators and bolder-voiced women songwriters. The result is a confused hybrid of country, trap, pop and EDM. The songs are inoffensive, designed to appeal to non-country listeners and to be radio-ready for both pop and country stations. It feels ironic that Diplo’s intended rejuvenation of country music rests so heavily on the presence of traditionalist, middle-of-the-road male artists like Thomas Rhett, Morgan Wallen and Zac Brown.

The dominant aesthetic of the album is the too-slow-to-dance-to EDM pop ballad. "Lonely", "Heartbreak" and "Hometown" roll out stale tropes over similar plodding rhythms and all manifestly lack the verve and humour required to make country-trap-pop hybrids work. They gesture towards country with twangy guitars, references to small towns and, in some cases, just the presence of a country singer. "Hometown" feels closer to the duet-into-synth-drop formula of The Chainsmokers than to any country music. The most danceable track is the harmonica-laced "Do Si Do", which has Blanco Brown outlining the excitement of a honky tonk in a breathy, super-low Southern drawl.

Disappointingly, Diplo doesn’t make anywhere near as much as he could of the ongoing dialogue between country and hip-hop. Young Thug shows up very briefly, with a feature that feels like no more than a quick nod, on the pallid, guitar-driven "Dance With Me", while Alabama rapper Clever puts in a compellingly emotive but equally brief performance on "Real Life Stuff".

The album is bolstered by filler tracks that build on past successes. The lightly trap-inflected "Heartless" – a streaming hit in 2019 – is followed later on by a remix featuring Julia Michaels which offers an additional verse but no sonic or structural changes. Diplo’s "Old Town Road" remix, which closes out the album, removes the twangy Nine Inch Nails sample that gave the song its character and replaces it with frantic drums and an echoey whistle.

By failing to commit fully to straight pop craftsmanship or to genre-bending experimentation, the project feels lyrically bland and sonically uninspired. It coasts on the momentum of country’s recent mainstream resurgence and takes few risks. In fusing elements from the country music he admires and the dance music he’s known for, Diplo has made something not quite as good as either. It feels like a missed opportunity to gather together a broad set of country-adjacent artists to see what new things they could spark.