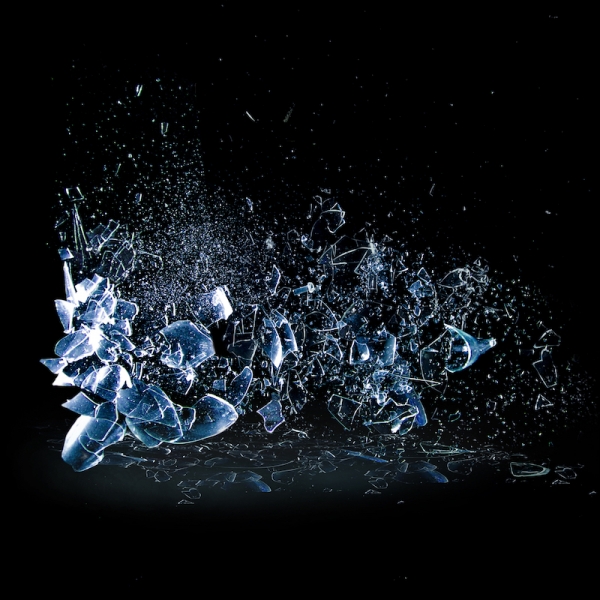 The Dillinger Escape Plan never made things easy, either for themselves or for their fans. Their music is as challenging as anything considered, mainstream or not, and their line-up changes (most notably, their vocalist) and evolving sound have caused much frustration for those fans.

It's fitting, then, that their perfectly titled new record, Dissociation, might well be their last. The record is less a progression from One of Us is the Killer than the band further rounding off the sharp corners from earlier efforts as they have with each record since Miss Machine.

To that end, Dissociation acts as a sort of 'greatest hits' - or, perhaps, greatest ideas. Everything they do well is featured here: mainstream rock riffing, left-field melodic breakdowns, twitchy, nervous swaying, five-minute prog freakouts, seasick lurching, and, of course, their trademark spastic morse code gymnastics. It's all here, complete with Greg Puciato's half-choked yelp-screech. In fact, you can watch in real time the band's fascinating career transformation from frantic schiczophrenia to sinister, calculating psychopathy.

That said, this record sees DEP playing with some new ideas, too: "Nothing to Forget" features a watery arena guitar opening and a beautiful, proggy bridge, and "Apologies Not Included"'s final third is about as close as DEP have ever gotten to being funky.

But DEP wouldn't be DEP without Puciato's antagonistic lyrics. Here, the vibe of the record is that of a messy break-up, which may well confirm the band's (permanent) end. To wit: the album opens with Puciato snarling, "I'm amazed at how you'll reinforce your guard/ 'Cause deep inside you're still a son of a bitch", and ends with him repeatedly crooning, "Finding a way to die alone" as if it's a mantra he's using to make peace with it.

Elsewhere, numerous references to some kind of relationship ending litter the album: "Make yourself present/ Are you hiding?/ Do you feel guilt?/ 'Cause mine's dying" and "I used to be so pissed off/ Then I forgot/ Then I erased you" come to mind. Perhaps, though, the clearest evidence is the most succinct: "I withdraw, you advance/ The move is complete".

If Dissociation truly is DEP's final record, they're at least going out in peak form. Whether this is their best record is a matter of personal taste more than any kind of qualitative argument. This album doesn't feel so much like the work of a band trying to make a career-high album as much as a band using a great record to remind us why they've made so many in the first place. Most bands would love to end on a high note; DEP actually did it.