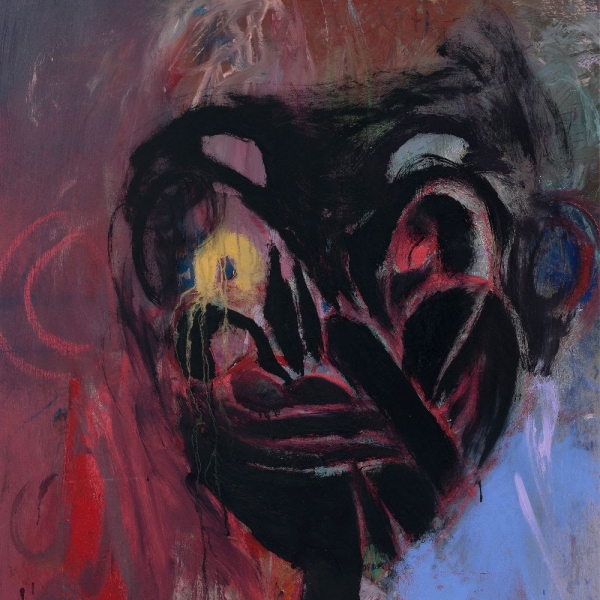 If you believe in something long enough, it just might become a reality.

This mindset can work in two ways, one offering its benefits and its counterpart posing debilitating struggle. If anyone can begin fathoming these contrasts, it’s DIIV’s Zachary Cole Smith. Throughout his long and unforgiving battle with addiction, Smith, since having come to terms with his existence has reemerged not just with perspective, but more so having experienced an intrinsic shift. Unlike Oshin or Is the Is Are, Deceiver, the group’s newest record, is their heaviest as well as their most pensive, demonstrating just how far they’re willing to come in the face of adversity.

Almost a year after Is the Is Are dropped, Smith had a cathartic reckoning with himself – an acknowledgment of where his life was heading. Upon realizing if he didn’t take drastic action, Smith himself may have started to envision a world without him in it. After announcing via Instagram where he talked about taking accountability for himself, he then stated he would be checking into a “long-haul inpatient treatment” where the hope was to receive help and guidance he desperately sought after. With time and with patience, not only did he reemerge invigorated, but Smith and his band remained relatively active. From a scattering of covers ranging from My Bloody Valentine as well as one-off versions of Sparklehorse’s “Cow” and (Sandy) Alex G’s “Icehead” from Smith himself, DIIV also ventured out for a brief touring stint in the spring of 2016, plus in support of Deafheaven late last fall. Slowly, Smith was rededicating himself not just to making music, but existence, his loved ones and most importantly himself.

With desire relit, DIIV became more than just a varying presence, but a consistent one. A big part of this came from not only testing new material on the road, but also the comradery of a revamped line-up in lieu of the firing of now ex-bassist, Devin Ruben Perez who was caught having posted sexist, anti-Semitic, racist, and homophobic remarks online. Replaced by Colin Caulfield, DIIV persevered forward with their long-awaited follow-up – an LP based around rebirth.

But don’t be fooled, Deceiver isn’t your Oshin or Is the Is Are, not by a longshot. Yet, while certain touchstones are present that give away that this is in fact DIIV, in a much larger sense we’re observing a band operating unlike they have before, and in the midst of that shift, they execute it stunningly. But, Deceiver isn’t some grand statement adorned with bells and whistles, either – its contrasts are much subtler, more subdued, and constructed around slow-build technique and hazy textures. In addition, as Deceiver stands as DIIV’s most important LP, producer, Sonny Diperri’s role and influence is unequivocally present. Having worked with acts such as Nine Inch Nails, Protomartyr, and My Bloody Valentine, we hear his touch throughout. Tracks like “For the Guilty” and “Like Before You Were Born” hold these comparisons – with locked hooks and a wall of static, they’re two cuts specifically that could be easily mistaken for the long-awaited My Bloody Valentine re-boot. But throughout Deceiver’s edgier moments comes some of DIIV’s most uncomplicated writing yet.

Tracks like “Lorelei” hark back to the early '90s and call to mind what bands like Bedhead may have progressed towards if they hadn’t called it quits. “Taker” follows a similar route as an unhurried song about owning up. It bounces back and forth between washes of guitar uproar as Smith interlaces his gentle coo. LP closer, “Acheron” stretches into seven minutes… a fitting, yet straightforward send-off, showing DIIV continuing to harness the dissimilarities of their sound.

“Skin Game” shows Smith not being defined by his past but also not forgetting where he came from. He acknowledges this all-the-while forging ahead as he gains a better understanding about his turmoil behind addiction. We also huddle close by Smith on “Between Tides” as he laments over and over… “I’m just waiting for the storm to die.” There’s a strange comfort in his vulnerability during this song and more so that he’s not afraid to recognize it. The reality is that we oftentimes have to wait and we must learn to be patient. It’s personal and intimate and it’s also justified that we aren’t invincible – we waver, we struggle, and we have the potential to succumb. But even despite enduring hardships that can transport us to the darkest corners, the upshot proves how truly resilient we are and we begin to factor in what a sliver of light can essentially mean for our existence. It’s a revelation Smith is certainly conscious of at this point in his life and with that acknowledgment alone we realize how beautiful it is to finally have the chance to exhale and regain our footing, but most importantly by making the decision to leave the past in the past.