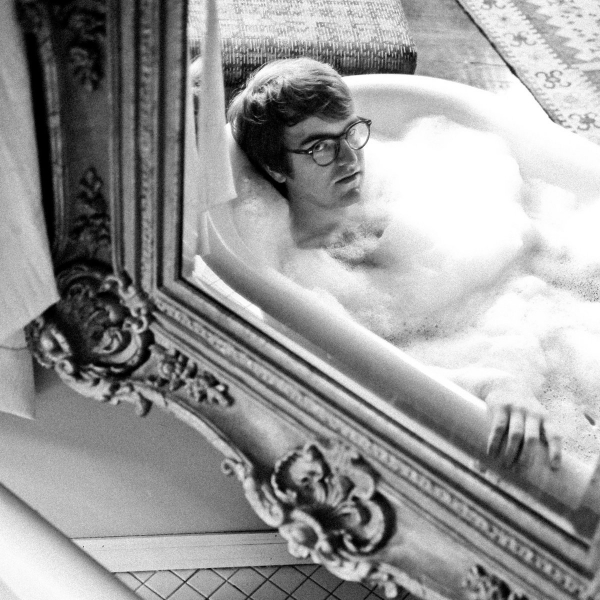 Dent May begins his third album, Warm Blanket, with an amiable set of commands on ‘Turn Up The Speakers,’ which is a rather oddly worded instruction for listeners who are more apt to respond to a call to increase the volume. But May has something on his mind, and he wants those thoughts to ring out loud and clear. And while those ideas are all cloaked in the lush, Beach Boys-tinged arrangements that have permeated his entire catalog, what exactly these grand notions are never quite shine throughin May’s simplistic, love-drenched new collection of pop songs. Perhaps the Peanuts-like message is just that happiness can be as simple as giving a warm blanket to someone you love, but these plain-speaking numbers certainly don’t have the type of depth that requires much extra scrutiny.

After the introductory ease of ‘Speakers,’ the funky beats of ‘Let Them Talk’ gets the loungey, cocktail party started, with May’s casual cursing an attempt to give the buoyant song a false edge, as does his Kanye West-lite dismissal of annoying haters. ‘Born Too Late’ continues the harmonious grooves that imbue the start to the record, with May’s lingering frustration at feeling out of place in these modern times soothed a bit by the track’s infectious, vibrant rhythms. The clear and obvious debt to Pet Sounds that saturates ‘Yazoo’ (and much of the rest of the record) drags the rather conventional track down, never allowing the number to soar as it affectionately aims to.

‘Corner Piece’ sounds like a hopeful companion to Animal Collective’s ‘My Girls,’ with May looking to make the most of this one life that he doesn’t want to waste. But again, the song is so drenched in the shadows of appropriation that the sunny charms of the number are hidden behind a cloud of unoriginality. This trend continues on ‘Do I Cross Your Mind?’ with its dreamy, Beatles-esque arrangements and repetitious vocal style, imposing the questioning theme of the number upon the listener simply due to a monotonous reiteration.

While the first half of the record wore its influences plainly and proudly, at least the songs themselves sounded fresh and somewhat vital. The second side of Warm Blanket completely loses that resourceful spirit, and the songs drag as a result and fail to distinguish themselves from one another. ‘It Takes A Long Time’ seemingly goes on forever (appropriately enough), while the acoustic-led ‘I’m Ready To Be Old’ never approaches the Elliott Smith-like sincerity it strives for. ‘Endlessly’ is the longest track on the record, but yet never fully justifies its length with any flashes of innovation or musical imagination, and represents the low point of the album on a second side full of them.

‘Found A Friend’ at least gives hope that one of May’s subjects actually finds that special someone they are searching so desperately for, but by this point in Warm Blanket these saccharine, all-too-similar numbers are enough to cause a toothache. The countrified twang of ‘Summer Is Over’ closes out the record with a desperate attempt to reinforce that this collection is filled with the easy charm of what May views as summer songs. Sadly, these tracks don’t have any of the spontaneity and unexpected surprises that the warmer months bring with them, and instead these songs are plagued with familiar strains and arrangements that we’ve heard done far better in the past combined with overly simplistic, lovelorn lyrics that fail to make you think of anything other than bad middle-school poetry.