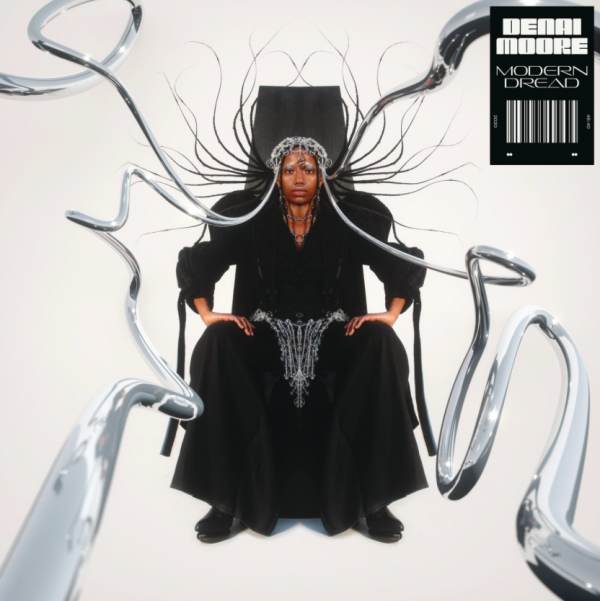 The lush, densely layered production confronts existentialism through introspective lyricism while genre-hopping sensibilities convey dread, defiance and everything in between. As with her previous albums, Elsewhere and We Used to Bloom, the star of Denai’s latest offering is her powerful voice which moves fluidly yet stands strong throughout the record.

Equal parts bold and vulnerable, Moore switches effortlessly between the anxieties that hold her back and the fight against it. The guitar-soaked pop offering of the record, “Cascades” blends into the woozy stylings of “Turn Off The Radio” while “Honour” effects the unending hold of boredom and anxiety related to modern living. The upbeat arrangement of “Slate” is a rare moment where the stripped back love songs of the album give way to a full-on pop offering.

Leading single “To The Brink”, oscillates between whispers and uncontrolled rage with fear being the central emotion; “Wanting nothing more than to throw away my phone / Wanting to feel less in my chest: is it possible? / Just look what you’ve done, just be straight to me — don’t be so long,” her voice cuts through vibrating synths and booming bass. On "Fake Sorry", she gathers up courage and gains some control to rally against the insincerity she’s faced with, before letting herself be carried away by the poetic sensibilities of "Grapefruit on The Porch".

While tracks like pop-leaning “Cascades” and the groovy “Motherless Child” mark the initial signs of Moore’s break through the vestiges of fear within Modern Dread, closing track "Wishing You Better", is where the 26-year-old completely succeeds in breaking the surface of the waves of insecurity and dread. As hypnotic synths carry Moore’s confident deliver, it feels like peace of mind settles. The dread never fades, there is no miracle, but in this realism there is hope ; things can be bad, but there will be a moment where you breathe easy.

This poignant showcase of vulnerabilities in combination with a soundscape that teems with the potential for evolution. Truthfully, it would have been better if the genres flowed into each other rather than standing out in stark, almost jarring contrast; placement of “Slate” near the tail end being an example of misplacing a tune with potential to impress.