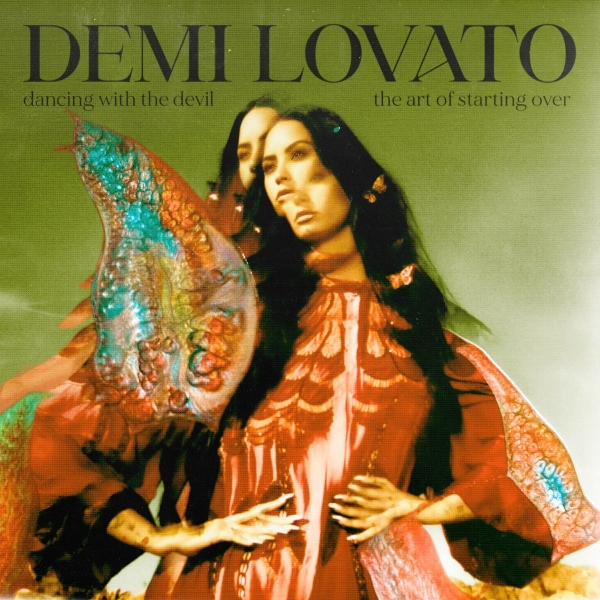 Demi Lovato opens her seventh studio album with a warning. Not in the literal sense, but through a trio of deeply affecting material that sets it apart from any of her previous collective work.

The official tracklist for Dancing With the Devil...The Art of Starting Over labels it a “Prelude” - three songs in direct reference to Lovato’s nearly-fatal drug overdose in 2018. But to start an album with such heart-wrenching agony, as is heard on “Anyone”, is a risk that falls beyond mere introductions. It is a call to action, a plea to remember the past and gently carry it into the present.

Lovato is no stranger to talking about her past, and is seen as a pop star with a unique openness to her, willing to share intensely personal struggles with drug addiction and an eating disorder to an audience of millions. Yet her past music often shies away from addressing anything specific, preferring instead to maintain a veneer of braggadocious swag. Previous singles like “Cool for the Summer” and “Sorry Not Sorry” cemented her as an emblem of self-confidence, though we’ve now learned that Lovato’s public-facing energy during that time was fake - a cracked shell of sickening self-esteem that she balanced while relapsing.

Don’t expect to find a brassy, chest-thumping anthem on this album, which is for the best. Dancing With the Devil is Lovato’s finest, and most cohesive, album to date, and it doesn’t need a plastered-on smile to prove it. That's not to say it's without danceable rhythms or mood-lifting pop jams; on the contrary, Lovato is just as happy to talk about her highest moments of recovery right alongside her lowest. On the fresh-aired, breezy “The Art of Starting Over,” she marvels at her newfound admiration for life, and herself, singing with a happy shrug, “New beginnings can be lonely / Thank God I’ve got me to hold me.” Lovato’s introspection on the hardships of recovery sounds profound for someone who has spent much of her life dealing with perfectionism.

It’s impossible to view any track on Dancing With the Devil as unrelated to Lovato’s past few years, especially with an accompanying documentary of the same name being released last week. For the most part, having so many personal and detail-ridden songs works in Lovato’s favor, and the insights gleaned from her thoughts and emotions make staler songs more engaging. “Melon Cake,” a good-riddance sendoff to her old management, is dated jangly pop-rock and awkwardly self-reflecting, but it’s also a revealing look at how strict diet regulation was harmful, and her joy to be without it makes for a celebratory listen. Other tracks, however, are not as worthy of further contemplation — “Easy” is a snoozefest disguised as a tearjerker, and while “My Girlfriends Are My Boyfriends” attempts to inject a dose of girl power with a Saweetie feature, it still feels like week-old bubblegum pop.

Luckily, on a 19-track album, there are more gems than duds. Lovato is more willing to experiment than on previous releases, both through her music and her voice, which is more versatile than ever. Her scratchy, haunting cover of Tears For Fears’ “Mad World” is a standout, bringing the song’s distorted lyrics to its forefront to sing with a pained, yearning ache. She’s even embracing the exploration of her sexuality, as heard on the flowery, humorous polyamory-bop, “The Lover I Am.”

What Lovato examines most though, is the sobering reality that her journey has just begun: as she sings on “California Sober”, “It doesn’t have to mean the growing part is over.” A sense of confidence still feels integral to her being throughout Dancing With the Devil, but it manifests differently, a light fragrance that floats into a blue sky, or a small rainbow in a puddle after a thunderstorm. On the album’s closer, “Good Place,” Lovato delicately assures her fans of her well-being over fingerpicked guitars. It isn’t a final declaration of her happiness, but instead a soft and contented recognition that her place may very well shift over time, a healing response to her initial warning.