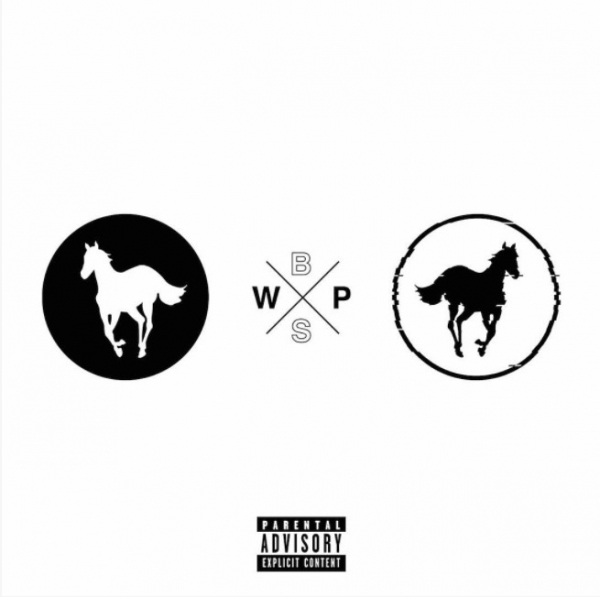 It was only in late September when Deftones returned after four and a half years with Ohms, the band’s superb new album which has rightfully earned notable endorsements including Michael Bublé and Leigh Whannell. And they’ve quickly followed it up with a collection of remixes of White Pony, their third and best record, called Black Stallion its twentieth annviersary.

The most accurate way to look at Black Stallion is to see it as a recontextualization of White Pony. The major themes of the latter—sex, drugs, and alienation—take on new or modified meanings on the former. At times it happens within just a couple lyrics. “Knife Prty,” for example, finds vocalist Chino Moreno stretching the details of an apparently real party that mixes sex and violence and, in effect, makes the song’s title literal. So when Moreno sings, “I could float here forever / Anemic and sweet,” it goes from adrenaline-fueled paranoia of the original to relaxed euphoria inside of Purity Ring’s exquisitely gleaming remix. And when Megan James shows up to duet with Moreno, it’s as if they’re flirting with danger and definitely OK with it.

Moreno’s lyrics tend to express feelings and abstractions rather than concrete ideas, which can, perhaps purposefully, obfuscate a song’s intent or purpose. Thus, opener “Feiticeira” finds him imagining a first-person account of a kidnapping from the perspectives of both the kidnapper and the victim. But because of Moreno’s lyrical vagueness and aching delivery, as well as the redline-engine riffing, there might be sex involved and the victim might be enjoying it. Clams Casino’s brilliantly disorienting witch house remix, however, removes the ambiguity and makes it clear: this is an unpleasant experience. He turns the track into a nightmare-ish bubble bath, making the one line left in from the original (the kidnapper’s “Soon I’ll let you go”) so much creepier when surrounded by the dopesick soundscape. Here, the listener can feel the victim’s claustrophobia of being locked in a car’s trunk and suffer right alongside.

How much of a song’s feeling or meaning shifts can depend on how much of a departure the remix is from the original. Some remixes simply replace the music and more or less leave intact Moreno’s vocals and lyrics, as on Mike Shinoda’s Linkin Park-adjacent work on “Passenger” which maintains the loss-of-control theme or Robert Smith’s UFO synth-drenched “Teenager” remix that preserves the high school heartache. On these the observations and impressions are adjusted only slightly, like a dimmer switch. It’s when the original is scrambled that things change, however. Tourist’s marginally upbeat take on “Change (In The House Of Flies)” is a radical departure that tosses out the verse/chorus/verse structure. Instead, he chops up Moreno’s vocals into digestible pieces that, quite fittingly, fly around the dubby and trippy production. The cautiously cheerful nature alters the mood and point of “Change” almost entirely, going from frustrated lament to reluctant acceptance, as if change is inevitable and perhaps even good.

Viewed on its own, the often captivating Black Stallion is an effective electronic record, including the standard peaks and valleys – like when DJ Shadow’s patiently hooky and glittery take on “Digital Bath” is followed up by Blanck Mass’s beautifully ugly industrial rejiggering of “Elite”. Additionally, multiple tracks bleed into each other, suggesting a kind of internal coherence despite being comprised of eleven different artists. The productions themselves range from great to exceptional, so how much mileage a listener will get out of this album, then, hinges less on their opinion of Deftones than of ††† or Team Sleep. Perhaps Moreno hinted as much at the beginning of Ohms: “We’re floating off in the ether / We’re miles beyond the sound”.