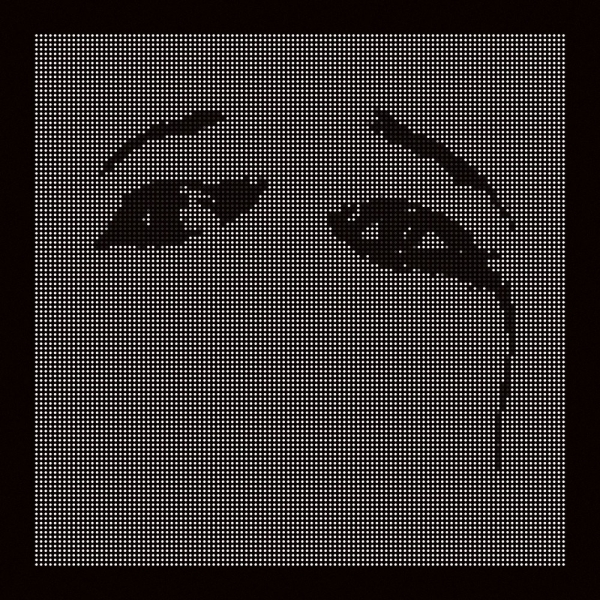 “I finally achieve balance,” roars Chino Moreno on the opening track of this ninth Deftones record, shrieking that last word in particular in a manner not normally associated with emotional equilibrium.

In truth, a sense of balance has always been the axis around which the Sacramento outfit have revolved. That goes for the delicate parity between the differing musical predispositions of the five members; Moreno, an avowed fan of The Cure and The Smiths, leans melodic, whilst guitarist Stef Carpenter seems happiest crafting battering-ram metal riffs, keyboardist Frank Delgado has a grounding in turntablism, and bassist Sergio Vega cut his teeth in New York’s post-hardcore scene. It applies, too, to the push-pull between an adherence to the signature sound that they’ve spent so long fine-tuning and their ever-insatiable appetite for testing its boundaries.

The release of Ohms marks the beginning of the fourth decade during which Deftones have been a going concern, and 2020 also involves two crucial anniversaries for the band. White Pony, posited by many as the group’s finest LP, is twenty this year, and a new remix album to celebrate, Black Stallion, should arrive by December. More importantly, though, this past May saw Diamond Eyes, their sixth full-length, turn ten. On reflection, it represents a crucial turning point in the band's catalogue; the fruit of a brave decision to soldier on without stricken bassist Chi Cheng, and to put their best foot forward after 2006’s Saturday Night Wrist met with mixed reviews (it was recorded with intra-band relations at their most fraught).

Diamond Eyes married brutal volume with palpable atmosphere, and found room for both feral energy and negative space. In doing so, it brought the curtain up on a decade in which Deftones produced their most vital work - over twenty years after they’d formed as teenagers. They followed it up in thrillingly ambitious fashion in 2012, with Koi No Yokan, an arty, meticulously-crated mood piece that signalled a real upset; suddenly, a band once synonymous with skateboards and baggy shorts, once branded with a scarlet N for nu metal, was ageing gracefully.

By the time they completed a career-best hat-trick with Gore in 2016, rumours of renewed behind-the-scenes hostilities between Moreno and Carpenter had resurfaced, but the only fireworks that listeners were ever privy to were on the record, with the pair audibly battling to outdo each other - Carpenter on the ferocious "Acid Hologram" and "Doomed User", Moreno with the brooding "Hearts/Wires" and "(L)MIRL", and both at once on scorched-earth closer "Rubicon". It seemed to prove that even when the band’s creative elastic was stretched dangerously thin, they remained able to weaponise the resulting tension.

Still, there’s only so far you can pull in different directions before something snaps and, on the evidence provided by Ohms, Deftones are beginning the twenties on a much more musically conciliatory note than the one they struck four years ago. What felt like a tug-of-war on Gore seems much more like a constructive dialogue here; where Carpenter’s skull-crushing guitars seemed set against Moreno by design last time around, this time they work with him in harmony - providing fitting backing for his furious excoriation of the divided political climate on opener "Genesis", on the one hand, and then deftly weaving between noise and elegance on the handsome, sweeping ‘Error’.

Less antagonistic than Gore and wandering down considerably fewer stylistic avenues than Koi No Yokan, Ohms plays instead like a spiritual successor to Diamond Eyes. Like that record, the production is polished enough to see your face in, and like that record, there’s a sense that the arrangements are being granted plenty of room to breathe. Given their success in subtly reinventing themselves over the past ten years, the decision to bring in Terry Date to co-produce raised eyebrows - this is the first time they’ve worked with him since 2003, after he sat behind the desk on the band’s first four records.

It might have been a masterstroke, though; Date clearly retains a keen understanding of the degree to which depth and texture make the band tick. It means there’s room for Carpenter to throw down on the likes of "Headless" and "The Spell of Mathematics" without stepping on Moreno’s toes when he shoots for mellifluous vocal territory, and it also shines a renewed spotlight on drummer Abe Cunningham, who constructs nuanced sonic bridges between his bandmates throughout, especially on the mercurial centrepiece "Pompeji".

With both the claustrophobia of Gore and the precision of Koi No Yokan eschewed, Ohms’ more spacious compositions also allow Moreno’s thematic ideas to percolate at their own pace more than ever before. For a frontman so often so lyrically enigmatic, this might be the collection of his songs most sharply reflective of the world around him. The title track bitterly laments the bonfire of wasted opportunities to halt climate change - “it’s too late to cause a change in the tides” - whilst, on a more personal bent, ‘Urantia’ is disarmingly kitchen-sink in its imagery, still-smoking ashtrays and strewn belongings painting a vivid picture of a relationship’s glacial collapse.

It’s not quite a state-of-the-union address, but really, the only union that needed to be in rude health on Ohms was the one within Deftones' own ranks, and just as was the case the last couple of times a new decade dawned - with White Pony and then Diamond Eyes - it’s a bond that looks unbreakable. The see-saw is level again.