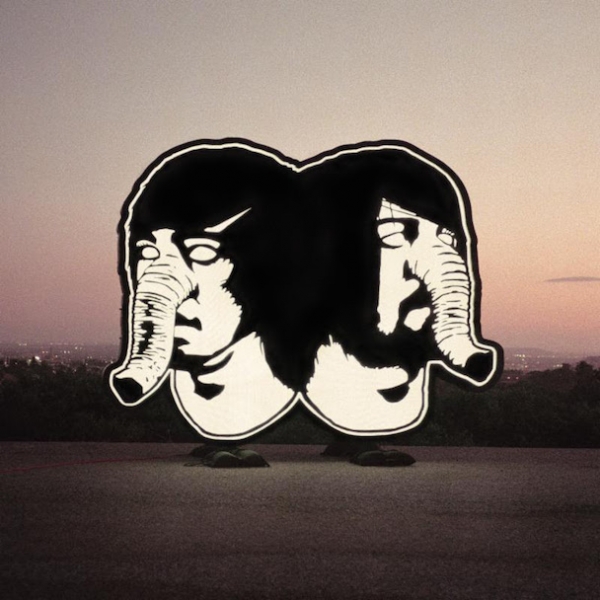 Back when Death From Above 1979 announced their reformation in January of 2011 in the manner that’s proved the most fashionable in recent years - that is, taking a few extra quid from the Coachella organisers to ensure that your appearance on that famous poster is the first the world hears of your return - the prospect of them actually making any new music, much less releasing a new record as conventionally as this, was not one that really crossed my mind. That probably tells you all you need to know about just how cynical that culture of lucrative reunions has become in recent years; I realise that Sebastien Grainger and Jesse Keeler likely haven’t been down the Ferrari dealership since they started playing together again, but the fact that they were playing UK venues that dwarfed the ones they’d visited first time around suggested that the money available simply had to have been a motivating factor.

To the pair’s credit, mind you, those shows were a success, and if they had been motivated purely by the cash on offer, they didn’t betray that fact in the same, horribly disrespectful fashion that, say, At The Drive-In did a year later. The other consideration, of course, is that both creative and personal differences had apparently forced the duo apart in the first place; I’m not convinced anybody would have been especially surprised if we hadn’t heard from them again once they wrapped up those dates three years ago.

Here we are, though, with The Physical World arriving just a few weeks shy of a decade after its predecessor, You’re a Woman, I’m a Machine. There’s no question that choosing to follow it up at all was a gamble, partly because many of the band’s dance-punk contemporaries made records around the same time as You’re a Woman that, in retrospect, have dated fucking horribly, and partly because the inevitable stream of pale imitators - amongst them, a band inexplicably perched atop the album chart as I type - have guaranteed that the DFA sound was bound to seem less fresh second time around.

Grainger and Keeler seem acutely aware of that, though, and The Physical World reflects it; they’ve largely played it pretty safe, adhering closely to the sound of You’re a Woman whilst avoiding anything that might expose its limitations. “Right On, Frankenstein!” is plenty boisterous, but resists the temptation to really dine out on its central riff, keeping things admirably taut instead. “Virgins” hints at the implementation of a hip hop groove, without ever really going after it at full-pelt. “Trainwreck 1979”, one of the album’s standout moments, flirts with experimentation; the drums are used sparingly for much of it, and Grainger’s vocals take on a pleasingly freeform structure over the song’s driving bass, but it ends with a strange suddenness, just as it looked as if failing to close the track out on some vocal “ooohs” would be frankly rude.

“White Is Red”, at the record’s midpoint, represents something of an outlier; by DFA standards, it’s a gorgeously restrained track that has Keeler proving that he’s capable of using his ‘bass-as-lead-guitar’ trick for more than just that one signature sound, whilst Grainger - who has made subtle progressions as a vocalist since You’re a Woman that continue to reveal themselves in delightfully nuanced fashion with repeat listens - delivers his turn with just a hint of a deliberate lethargy that suits the tone of the song smartly. You kind of come to wish that the band had done a little more to investigate different avenues like this; you start to think about what a record produced during that period that had them at loggerheads might have sounded like. Instead, there’s an unshakeable sense that they’ve merely settled for another lap of the sonic touchpoints that defined You’re a Woman; that’s no bad thing, and the likes of “Government Trash” and the erratic title track certainly fizz with much of that same vigour, but cuts like “Gemini” see them fly a little too close to that same old sun - did they really need to resurrect the screeching-feedback effect that defined “Turn It Out”, for instance?

I suspect I’ll further warm to the material when I hear it live, in the same way that “Romantic Rights” sounds great on record, but is relayed with such ferocity on stage that it’ll probably end up levelling a venue one of these days. This is a wonderfully assured comeback record, but it’s also precisely more of the same; no bad thing in the current climate, but when the band chalked up their initial dissolution to musical differences of opinion, you can’t help but wonder if Death From Above 1979 are still hiding something truly mind-blowing up their sleeves.